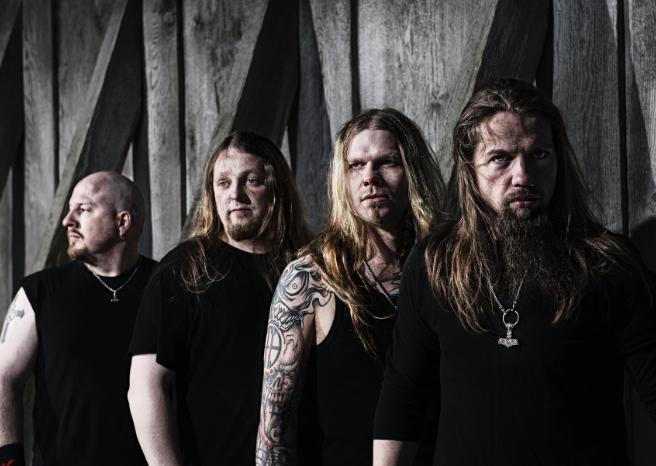 Faroes Islands Folk metal band Týr have called on former drummer from Nile and Nightfall, George Kollias, to be sticksman on their upcoming new album.

Kollias replaces long term drummer Kári Streymoy who was behind the drum-kit from their formation in 1998. The band announced his departure on their Facebook page with the following messege:

“We regret to inform you that Kári Streymoy and the rest of the band have parted ways. Kári suffered a back injury in 2008, and since then he has had some issues with his drumming. That is the main reason that the co-operation has been problematic for some time now, and we finally decided to part ways. We want to thank Kári for his time in the band. It’s been great to have you with us, we wish you the best of luck in the future and we hope you recover fully some day.”

Leaves Eyes’ singer Liv Kristine has also confirmed she is also appearing on the album as a duet with Týr frontman Heri Joensen. Kristine left this message on the Leaves Eyes Facebook fan page:

“Dear Viking-Metal Fans & Friends,
I am very happy to announce that I will be joining Týr for the duet THE LAY OF OUR LOVE on their up-coming album (title still to be revealed), which is set to be released this Fall. Heri already joined Leaves’ Eyes at our headliner show in Wacken Open Air 2012. This was an absolute highlight during our live performance, moreover, I really like his voice and I am grateful for the invitation. A superb track, with inspiring melodies and lyrics, proving the authenticity of Týr.
Love,

The band are as of yet to confirm a release date for their new album but will keep fans updated through their Facebook page. You can see see footage of Kollias recording with Týr on a new behind-the-scenes video below!