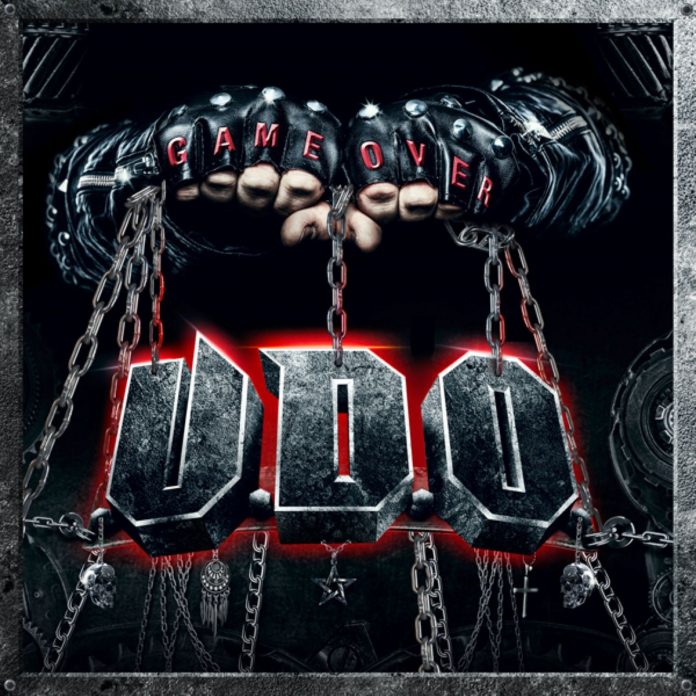 German heavy metal act U.D.O. will have a new album out on 8th October called Game Over, released through AFM Records.

Right now, however, they’ve just released their latest single and an accompanying video called ‘Prophecy‘ – That you can catch here at RAMzine.

Previously they released the single ‘Kids And Guns‘ and before that the band released ‘Metal Never Dies‘ as a single that cut short any rumours that the former Accept frontman from whom the band takes its name might be considering retiring.

However, it’s the new album that possibly needs clarifying more, and Dirkschneider said: “If mankind doesn’t rethink some things, it could have drastic consequences.”

Game Over is the realistic, sober observation of an artist who has seen the world more intensely than hardly anyone else.

Born in Solingen, he has been on tour around the world for over four decades. He travelled to Russia at the time of the Iron Curtain, gave concerts at an altitude of over 4000 metres in Peru and experienced the planet and its inhabitants many times more privately than some of us would manage as a normal traveller.

He processes a central thought on Game Over: “We all, no matter where we live, just have this one planet. If something happens on, it always has international implications”.

Global climate change is one of the topics that Dirkschneider brings up on the album.

“Floods in Germany or the fires in southern Europe and Turkey have shown how urgent it is to do something,” he said. “But not only here. The world is also increasingly having a peace problem. International arms trade and private arms possession are increasing.

“In many countries, there is an increasing number of shootings among minors, including in schools. In addition, there is an unknown number of child soldiers who are actively involved in the war in many places.”

A theme that the song ‘Kids And Guns’ treats.. You can watch videos to all the singles released thus far right here at RAMzine.