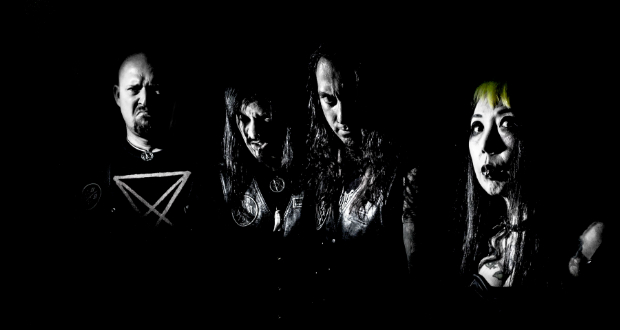 Brazilian death metal lords NervoChaos have unleashed their new video for ‘Ad Maiorem Satanae Gloriam’ through RAMzine. In other words, the track title is saying “For the Greater Glory of Satan”, which seems a common phrase amongst lyrical devil worshipping black metal bands.

Do you feel uncomfortable yet? Or are you intrigued by the darkness?

The extreme video shows the band performing a satanic ritual in the dark woods, unveiling a rather force dark force towards the end.

NervoChaos don’t mess around; telling us “We went to the jungle to record this video and we’ve spent two full moon nights in an abandoned shed capturing all necessary energy for it”.

Continuing with how they thought the video went they tell us “It’s a very strong and special song for us, so we wanted to have a unique and high-quality video clip for it…I do believe we’ve managed to achieve it and we hope you all enjoy it as much as we did”.

Their new album is out April 7th.

4. Season Of The Witch