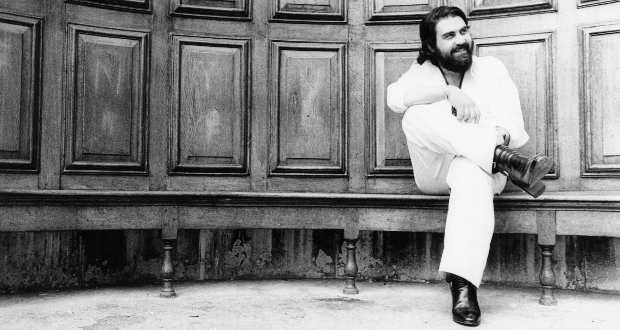 Academy Award winning composer Vangelis, famed for his film scores for movies such Chariots of Fire and Bladerunner, alongside hit singles with Yes vocalist Jon Anderson, and formerly of the Greek progressive rock band Aphrodite’s Child featuring vocalist Demis Roussos, has a new deluxe 13 disc box set due out from Universal in the new year on February 3rd, titled Delectus.

Delectus will collect all those albums he recorded as a solo performer for the Vertigo and Polydor labels alongside the Jon & Vangelis collaborations, plus rare B-sides and four previously unreleased tracks. All 13 records will be remastered for the first time ever under Vangelis’ own supervision.

“I always welcome remastering my old work for two basic reasons” Vangelis explained. “Firstly, I get the opportunity to bring the sounds to today’s standards; secondly, it gives me the chance to go through the experiences and memories of the time.”

After Aphrodite’s Child disbanded in 1970, keyboard player Vangelis Papathanassiou was invited to join Yes after Rick Wakeman left the band. Declining, but partnering with Jon Anderson some six years later for a series of albums and hit singles, not least The Friends of Mr Cairo that featured ‘State of Independence’, covered in 1982 by Donna Summer and again in 1992 by Moodswings, featuring Pretenders vocalist Chrissie Hynde, and released as ‘Spiritual High (State of Independence) Pt. II’.

Vangelis’s work continued to exploring electronic and ambient music and the movie world took to him with open arms, his most recent composition in this field being 2004’s Oliver Stone directed Alexander. He has had a star named after him and won numerous awards, his 1982 Academy Award winning theme for Chariots of Fire most recently heard worldwide when it was featured during the 2012 Olympics winners’ medal presentation ceremonies.

Delectus will be presented in lavish box with an essay and a plethora of rare photographs, the records themselves housed in two die-cut, gatefold disc holders within a rigid 242mm square slipcase, and a 64 page book illustrating the period covered by the albums.

Private Collection (Featuring: ‘Italian Song’, ‘And When The Night Comes’, ‘Deborah’, ‘Polonaise’, ‘He Is Sailing’, ‘Horizon’, ‘Song Is’).