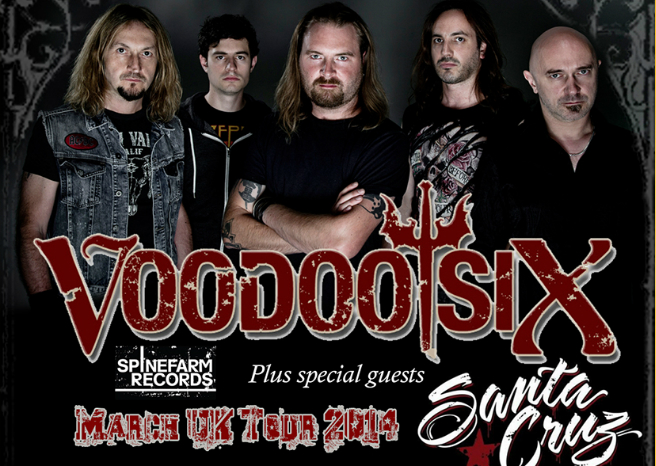 Voodoo Six had an excellent year last year! They released their fantastic new album ‘Songs To Invade Countries To’ – they played in 18 countries – and they played main support to Iron Maiden!
Iron Maiden founder and bassist Steve Harris said:

“I’ve been keeping an eye on Voodoo Six for a while now and they’ve produced a cracking new album with real promise. It’s great to support true British up and coming talent such as theirs.”

Voodoo Six have just announced their UK Tour with support from Santa Cruz! If you like that 80s hair metal you will love Santa Cruz. These bands complement each other well with Voodoo’s Hard Rock and Santa Cruz’s Sleaze Metal. 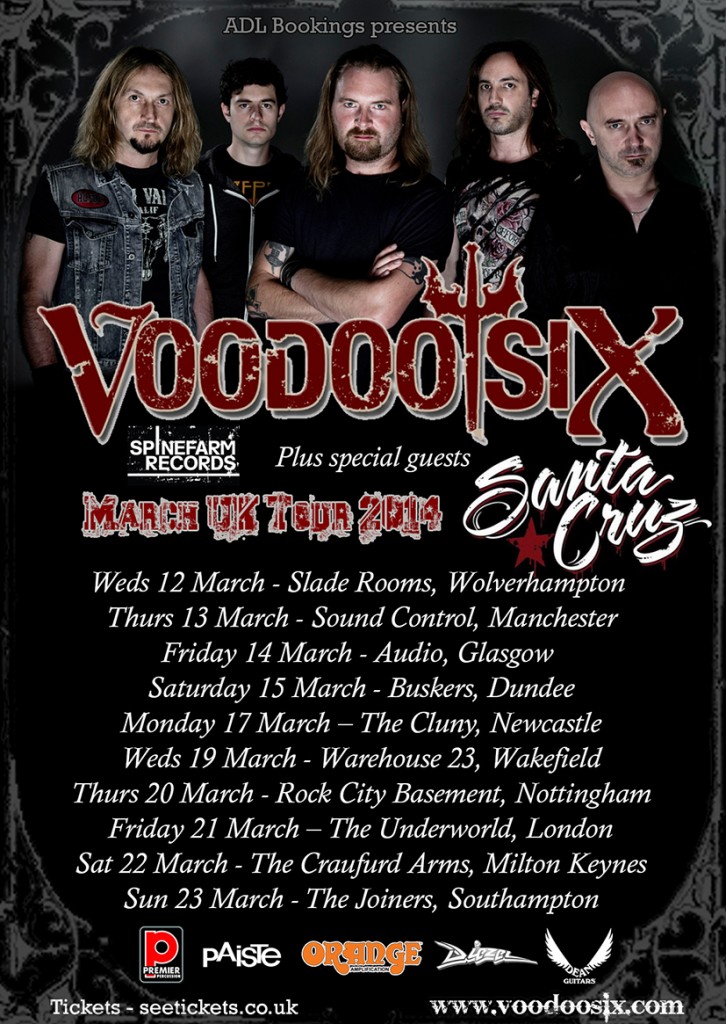