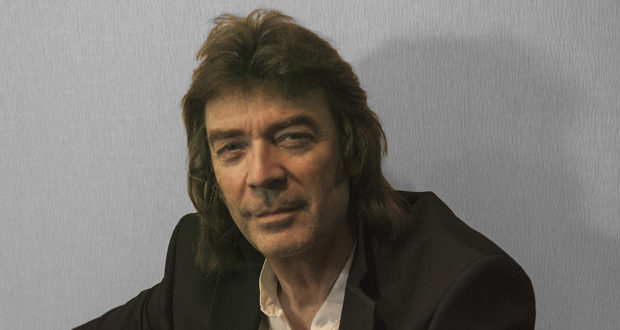 Steve Hackett has announced the release of his new solo album Wolflight. According to the man himself, this “wild pack of tracks – starting with a wolf cry – will be unleashed on the unsuspecting on 30th March 2015.”

The former Genesis and GTR  guitarist’s first original solo studio album since 2011’s Beyond The Shrouded Horizon is said to be both “primal and orchestral” retaining Hackett’s trademark electric guitar runs right the way through with a regular sprinkling of acoustic work.

The concept behind it is a new unexplored chapter in the guitarist’s career as the ten tracks take the listener through a journey in space and time looking at the different faces of the endless fight for freedom. Wandering between parallel universes, Hackett explores contemporary and ancient cultures, from Greece (‘Corycian Fire’) to the Far East (‘Wolflight’), the USA and Martin Luther King (‘Black Thunder’), but also his very own childhood memories (‘The Wheel’s Turning’) and the unresolved drama of domestic violence (‘Love Song to a Vampire’).

An excited Steve Hackett said: “My new rock album Wolflight is at the ready and lying in wait. It reflects everybody’s struggle for freedom on a journey travelling through both inner and outer space. It explores sounds from as far afield as Greece, Azerbaijan, the deep American South, Sahara desert and beyond, from all our yesterdays, evoking the ancient past”.

The full list of tracks are as follows: ‘Out of The Body’, ‘Wolflight’, ‘Love Song To A Vampire’, ‘The Wheel’s Turning’, ‘Corycian Fire’, ‘Earthshine’, ‘Loving Sea’, ‘Black Thunder’, ‘Dust And Dreams’ and ‘Heart Song’.

Steve Hackett also will embark upon his Acolyte To Wolflight with a Sprinkling of Genesis Tour in October 2015, with 19 UK shows. The set will span his history, from early albums Voyage of the Acolyte (celebrating its 40th anniversary) and Spectral Mornings, right up to the new album Wolflight. Gig-goers will also enjoy some Genesis classics.

There is a 24 hour ticket hotline: 0844 338 0000 and they can also be purchased online at BookingsDirect.com. Steve Hackett’s Acolyte To Wolflight with a Sprinkling of Genesis Tour will commence at 7.30pm each night, with full support.