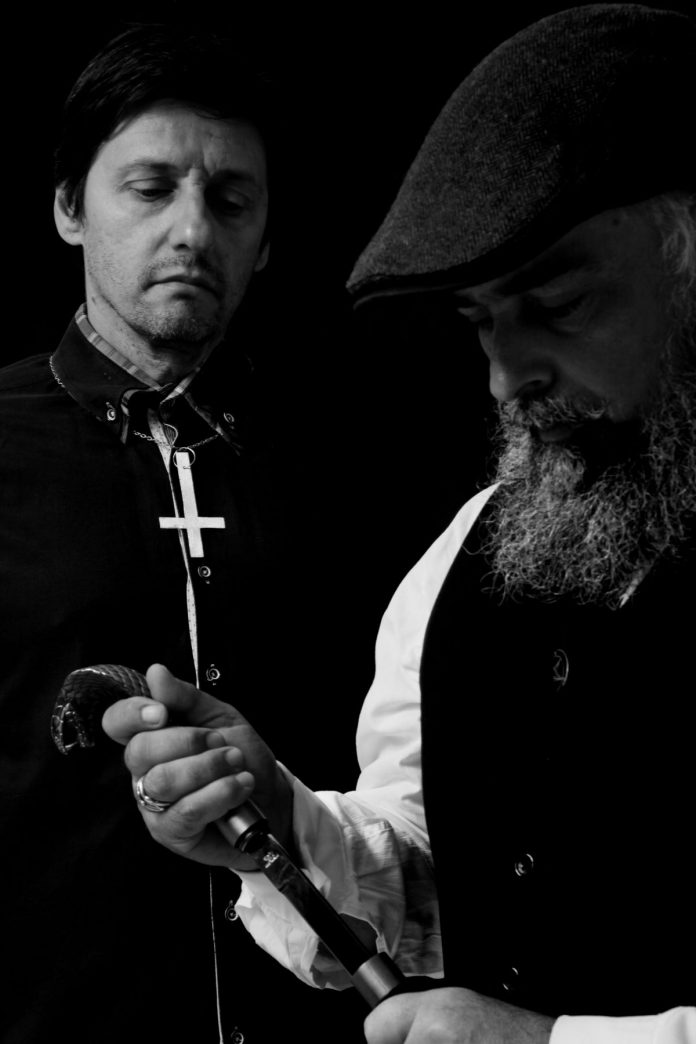 Greek black metal act Yoth Iria‘s debut album, As The Flame Withers, has been rescheduled for a 25th January 2021 release on Pagan Records and will be available on CD, LP and in digital format.

Yoth Iria‘s music is an amalgam of the influences and visions of its founder members, The Magus and Jim Mutilator.

Jim Mutilator was founder member/bass player with Greek black metal band Rotting Christ, appearing on their Thy Mighty Contract album, as well as Varathron’s His Majesty At The Swamp previously.

Fellow bass player, keyboardist and vocalist The Magus formed Necromantia back n 1989. Subsequent musical projects and collaborations include: Rotting Christ, N.A.O.S. and Diabolos Rising. He is credited with shaping the ”Hellenic sound” of black and death metal.

Intended as being dark, diabolical, emotional, powerful and majestic. Yoth Iria is planned as a fresh look into ’90s Greek occult black metal with a nostalgia of the past and a look into the future.

Track to be featured are: ‘Hermetical Code’, ‘The Luciferian‘, ‘The Red Crown Turns Black’, ‘Tyrants’, ‘Yoth Iria’, ‘The Mantis’, ‘The Great Hunter’ and ‘Unborn-Undead-Eternal’.

Yoth Iria released a video for the track ‘The Red Crown Turns Black’ via Black Metal Promotion back in November. The band describe the storyline of the video as being about how: “an innocent soul transforms into a dark goddess and transcends mortal limitations through a communion with the mysterious Egyptian deity Amun.”

The duo has followed this with a lyric video for the title track that you can watch by clicking here.

Commenting on the track, the band said: “The song ‘Yoth Iria’ is dedicated to the entity who is our main inspiration as a band. It is the embodiment of the dark side of pre-Christian civilisations and a reference to the dark self and the Luciferian spirit. High-priest and king, demon and angel. The music itself is in essence a hymn to him who defined the musical and lyrical direction of our band.”