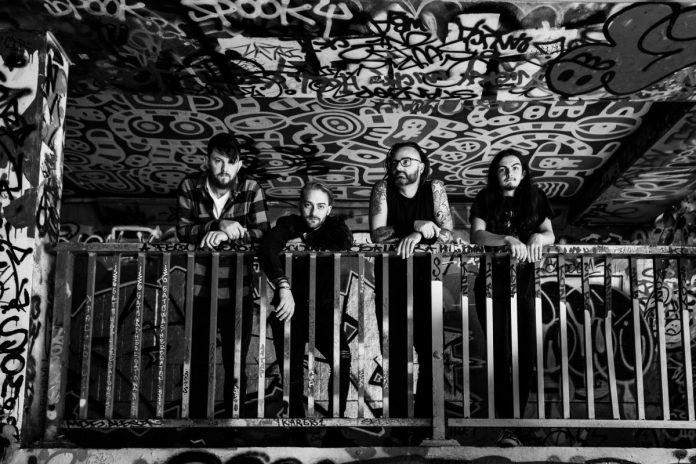 Alternative hard rock band Youth Illusion has an anthemic and riff rich EP due out on 25th March, going by the handle Seeking Answers In Silence, and two singles that precede it in ‘Help Me To Believe’ and ‘Blood On My Hands’, with music videos for each to be released on the 28th January and 11th March respectively.

With band members hailing from Italy, South Africa, the US, and the UK – bound by a rich love for the music that has shaped them – Youth Illusion is a multicultural band, who take inspiration from contemporary alt giants Biffy Clyro and Rise Against, sprinkle in classic rock gods AC/DC and Guns ‘N Roses, and a dash of 90s punk in Green Day and The Offspring.

The EP’s lead single ‘Help Me To Believe’ champions the message at Youth Illusion’s core: finding light in the darkness. The track’s video, shot in East London’s iconic Safe House 2, shows the band radiating hope in their derelict setting. The track’s rallying chorus vocals and heavy drums call for mosh pits while a clear and erratic guitar dances across a deep-rooted bass sure to send shakes to the core of listeners worldwide!

The message behind the song is one close to the band’s heart. While the band have been fortunate enough to find solace in their music, it is by their shared strength that they have overcome the challenges in their own lives. Having battled through drug abuse, mental health issues, and in founding member Zach’s case being a frontline paramedic worker during a global pandemic, Youth Illusion seek to be a testament to the resolve of the human spirit, and look to inspire audiences everywhere to fight on against their own difficulties.

Ahead of Youth Illusion’s singles and EP release, you can check the band out on Spotify with the opportunity to also catch them live on various dates from February onwards.

Co-headline Tour with A Few Too Many

May 17 – Birmingham, The Sunflower Lounge

May 18 – Bridgwater, The Cobblestones

May 19 – Southampton, The Hobbit

May 22 – Cambridge, The Portland Arms