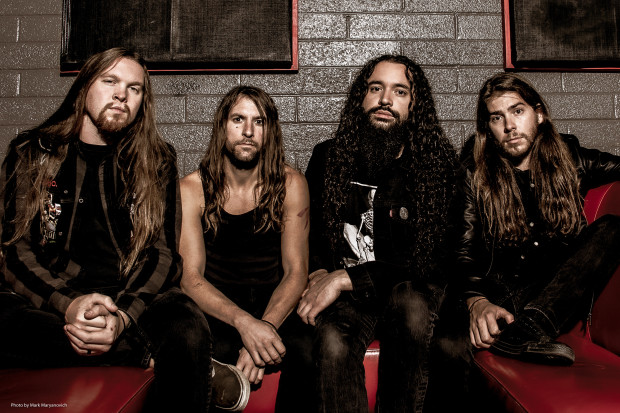 Thrash fans rejoice, for the new Havok album is here, “V” released May 1st via Candlelight Records is the band’s fifth studio album, which you may have guessed from the title. The old school riff dealers have put a lot of time and energy into this release and have ensured they carry the energy and evolution of their sound onto it, showcasing the band’s shift in both technique and songwriting. Speaking on the band’s growth, vocalist and guitarist David Sanchez said “Musical growth goes hand in hand with our physical and mental growth” and also touched on the guitar work on the album, mentioning how both guitars are no longer playing the same parts for as long, instead they both compliment each other and add layers of complexity, not widely seen on earlier releases.

Not that there was anything wrong with their earlier efforts, Havok was a young band when they started out as they matured as both men and musicians, this transferred to their sound and this new release is the current culmination of that process. Right from the off, thrash riffs are furiously being flung at you left and right on the opener ‘Post Truth Era’ and it’s a white knuckle ride from there on out, pure thrash with an old school foundation that immediately conjures up similarities to Municipal Waste, Exodus or Destruction. The band set out to make this record the turning point, their defining moment if you will and I’d say they have succeeded, this is a damn fine thrash album, it’s energy knows no bounds, it’s punchy and packed full of riffs with frantic, circle pit inducing drum lines and chunky bass beats.

Tracks such as ‘Fear Campaign’, ‘Interface with the Infinite’ and ‘Ritual of the Mind’ will be heavy set in obtaining the new, more definitive sound of Havok going forward from this album and beyond. If you’re a fan of both modern and old school thrash and are on the hunt for a fine, party album, then look no further than “V”, you could do much worse than checking this out.