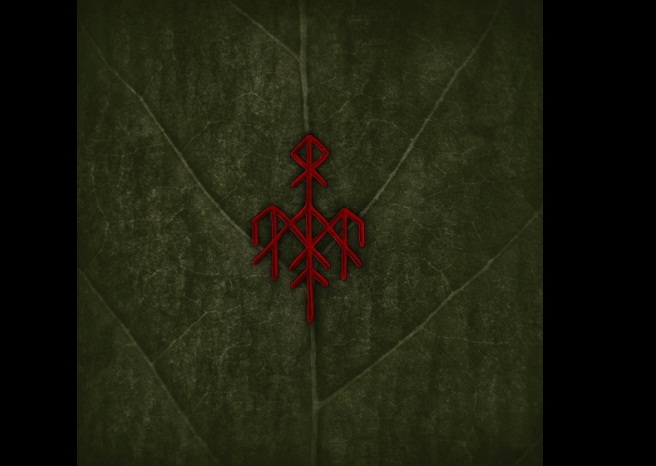 In 2003 three Norwegians began the musical collective that is Wardruna to produce music derived from the elder futhark (an ancient runic alphabet the meanings to which were only rediscovered in the 19th century).

Wardruna features the voices of Einar Kvitrafn Selvik, Kristian Espedal and Lindy-Fay Hella, with Selvik also taking on the roles of writer, multi-instrumentalist and producer. On this, Yggdrasil, their second release, they are supported by guest appearances from Iceland’s Hilmar Örn Hilmarsson and Steindór Andersen.

The music is intended as spiritual in nature and predominantly features chanting voices accompanied sparingly by traditional stringed instruments and drums made out of deer-hide. This means it is possibly a little outré for those among the black metal crowd, but neither should you assume that Yggdrasil is simply the soundtrack to a bad Conan film.

Is it a concept album? I thought it might be, but I wasn’t sure – whereas I can offer several Anglo-Saxon obscenities that are as fresh as the daisies, my Old Norse is non-existent. What I can tell you, at the risk of becoming RAMzine’s resident comparative mythology expert, is that Yggdrasil was known as the tree of life in Scandinavian mythology and that’s what offers me clues.

Many of the ancient world religions had such trees; ones that held the heavens, bore fruit that granted immortality, and by their very nature (or at least according to Freud) were phallic in nature. And Yggdrasil was the big daddy of them all. It is said that along its branches nine worlds could be reached where gods, mortals, giants, trolls and other misanthropes went about their business. Whether these worlds were reached physically or the tree was a metaphor for a shamanic journey during those magic mushroom moments not intended for berserker rages is open to interpretation, but remembered centuries later even here in Britain by such traditions as dancing around a maypole or in the children’s tales of Enid Blyton about The Magic Faraway Tree.

Warduna’s music has been described as falling somewhere between Nordic folk and that of an ambient world sound. Alongside the aforementioned instruments, plus mouth harps and a goat horn, the use of natural sounds such as running water are also featured. Undoubtedly an embrace of one’s cultural past (if only as imagined), as well as a celebration and reconnecting of it, are here in the present. What’s surprising is that it doesn’t come as fey or new age to this blond barbarian and is in fact rather invigorating.

Despite no translation being available (even the song titles appear to be from the elder futhark) listening to Yggdrasil I’m tempted to say that thematically, it is intended as a journey between the branches to at least some of the nine worlds.

The opening ‘Rotlaust tre fel’ is a gathering mass of choral chants and poetical recitations, predominantly male, evoking the feeling of a council gathering to prepare for war or a great and important journey: it is both overture and prologue. With the longer pieced ‘Fehu’, females take up stronger voices outside the choral chants, their more joyous singing accompanied by stringed instruments creating a sound akin to Celtic-folk, and above all giving the impression of spring being in the air.

With ‘Naduir’, drums, hand clips and other percussive sounds beat out mesmeric rhythms that conspire to invoke the passage of time and space, as if on a journey, while changes of emotional context and conspiratorial mystery are added by spoken words alternatively expressing doubt and confirmed self-belief. All this takes place as instruments fade in and out from something that sounds like the northern hemisphere’s equivalent to an Aboriginal didgeridoo.

Thereafter there is the feeling of a destination reached, albeit not the ultimate one intended. A possible enemy met, but resolution made without conflict. I could all be so completely wrong, though hopefully my describing such events encapsulate that, for all its minimalism, the music is not simply eclectic and appears to be driven with purpose, causing my own imagination to visualise a story to serve the music.

It is truly fascinating how many textures and inflexions of expression the human voice can create and how differently those same tonal mannerisms can become when produced alone or collectively. The female voices when soloing add an ethereal beauty; a choral hum seems to imply deep meaning, whispers focus your attention, a male voice adds gravity and weight especially when spoken.

Later, ‘Gibu’ begins with a bowed string instrument played solo until drums enter with vocal harmonies blending in what feels like an ancient matrimonial ceremony. With ‘Solringen’, the sound of wooden sticks being tapped reminds one of Pink Floyd’s ‘Time’; the bowed instrument lifts to a Celtic flavoured melody then a male voice sings a line to be answered by females and so the song continues as a music round with a hypnotic harmonic quality, gradually gaining in tempo and euphoric aural experience.

Then with ‘Sowelu’ noises erupt as if the heavens are about to break until a stringed arpeggio melody takes hold and females sing with cautious knowing, and male voices stir infrequently beneath; for all I know this could about maidenhood lost, the end of summer longings or just an impressive melody. As with ‘Solringen’ it builds epically, the male voices growing stronger between the females, then horns are heard in the distance growing louder, ghostly moans issue forth and as it nears conclusion a single male voice is heard in shamanic recital as if calling back travellers from across the astral voids of the nine worlds. In the concluding ‘Helvegun’ the emotional context is one of having returned with the spiritual rewards of wisdom to the bosom of one’s loved one, and it ends with a male voice singing in grateful prayer.

As I’ve written earlier I’ve most likely completely lost the plot with this by suggesting a theme to it, and it all could be utter gibberish that just sounded good at the time to Einar Kvitrafn Selvik when he composed it, but the fact is it is good. Incredibly good if you give it a chance.