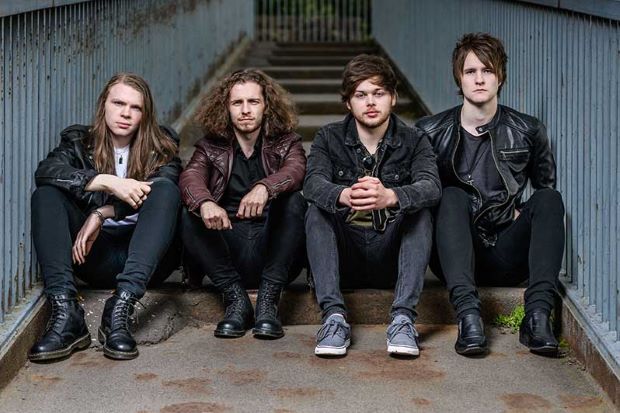 A smooth voice sings out “You said it all with ‘Blood & Irony’ and I’m not what you want me to be” in near repeat over an oddball bassline before the rest of the band come crashing in to follow suit on this opening number. Constant and near-mesmeric, then just before you think it’s going on like a broken record a squelching slice of rock guitar over the top grabs your attention – That the sustained tone produced is not too far removed from that of the late Paul Kossoff impresses and then we’re back into the main number for final run to the end.

‘Fame Shame’ comes next. A rowdily shouted indictment of social media and TV alongside a noisy raging guitar beat that slows down – and again surprises by delivering a near-Blackmore guitar refrain – before surging back into its modern rock sound with guitar solo screaming over the top.

Lawrence O’Brien is the lead guitarist in young Scottish band Anchor Lane, and while the Richie-like phrase he pulls out doesn’t make any stylistic repeats, if he’s not a fan of Free then he must’ve grown up with his dad’s records blasting out a he played with his toys. While for the most part the music itself isn’t in that classic blues rock mode, whenever his left hand’s playing vibrato your attention is drawn to it.

Rounding out the band is lead vocalist and guitarist Conor Gaffney, Matthew Quiqley on bass, and Scott Hanlon on drums, all apparently contributing the song-writing process, with Black Star Riders’ Rick Warwick collaborating on the opening ‘Blood & Irony’ and recent single ‘Dead Run’.

Coming next however is ‘Voodoo’. Despite its name having you believe you’re going to get something menacing it is a slow, reflective tune in near country like verses then sharply brusque in the chorus. This one exception does feel like something influenced by Free’s Fire & Water album, by way of Reef, and old git that I am I do tend to favour it among the songs featured on this Anchor Lane’sdebut album Casino.

That title track shows up next. A tale about the gamble you take on becoming a real band (instead of some manufactured miming boy band) in today’s constantly flaky music industry. Sleek, tight, funk coiled with a power chord outlet, radio primed with heavy harmonies.

‘Clocks’ is hard and heavy in both a classic rock and cleaned-up grunge manner with a brief near-gospel section. ‘Stone Cold Hearted’ is emotive and soul-tinted while bearing a blues rock riff. An electric guitar strums chords as Gafney sings thoughtfully through ‘Shell Of Me’, a gentle modern pastoral of a tune with a solo from O’Brien that tortured in its release seeks to express the sentiments of the lyrics further.

Drums kick in the tricky but engaging offbeat riff of ‘Flatline’, it’s one step removed from Sabbath’s ‘Fairies Wear Boots’ given a smoother Britpop nuance. The “na-nana-na” chants go on a bit though. ‘Dead Run’ offers another heavy riff and some power chords amongst a grooving beat. A warning on the matter of drug addiction, co-writer Warwick joins in on the chorus vocals.

The album signs off with ‘Honey’ a modern singalong drum beat driven number with side-lining guitar squeals that doesn’t quite pay off as an album closer, but certainly has its moments.

Produced by Toby Jepson, there are some strong hooks throughout that could appeal to the mainstream modern rock fan, while tipping its hat to those from the old school. 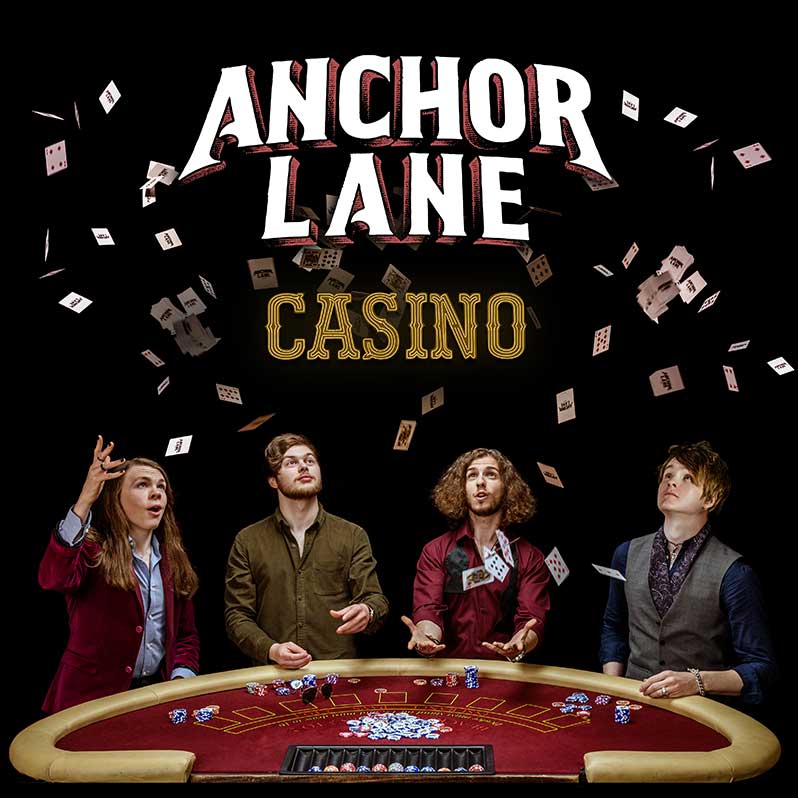