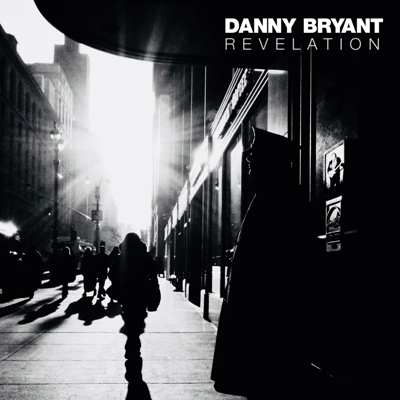 Two years down the road since his last album, Blood Money,  there’s much to remind us of British blues guitarist Danny Bryant‘s credentials via some long stirring guitar solos on new album Revelation. It also finds him travelling down roads less travelled musically, and sometimes hitting an unexpected classic rock mother lode.

Much of the record, however, is informed by the passing of his father, Ken, who had for a number of years also been his bass player. Not that this is a maudlin affair, but it does find Bryant in either more thoughtful contemplation or expressing anger and frustration lyrically on a number of songs. This time it’s personal, so to speak.

And while he put some graft into ensuring some worthy vocal delivers on Blood Money this time round he lets rip roaring and bellowing away on a couple of tunes and then practically putting in a falsetto performance one tune. It’s something we notice from the outset as narrative flow of the piano based ‘Revolution’ has him raging like Joe Cocker delivering Biblical prophecies come the chorus. Erupting at the end with a wah-wah solo and the added embellishments of a trumpet played by one David Maddison are quite inspired. There’s a similarly well-engineered moment on the solo of ‘Isolate’ as drums crash and crumble on what had in the main been a slow stirring organ number.

‘Shouting At The Moon’ is where we find him reflecting on his father.  Yes, I think it’s fair to say its nearest comparison is Mike & The Mechanics’ ‘The Living Years’ in that it’s a love song sharing memories, pains, talking about strengths given and thoughts of what the future many bring, and so a catharsis in many ways. Notably so because it is so stylistically different from his perceived comfort zone, not just in the keyboard arrangements played by producer Richard Hammerton but Bryant’s own high pitched but smooth vocal timbre.

There’s an cover of John Mellencamp’s ‘Someday The Rains Will Fall’ that fits in thematically with album, but this acoustic piece of American goes on a tad long.  A live-in-the-studio take on Howlin’ Wolf’s ‘May I Have A Talk With You’ fairing much better with Bryant while not matching the old master’s vocal wickedness does another decent Cocker impression while his guitar playing goes for a more tender approach than the late Hubert Sumlin’s (Mr Sumlin’s guitar riffs were the blueprint Led Zeppelin used to conquer the world, kids) and features an impressive extended solo. If we’re taking the blues ‘Truth Or Dare’ is an up-tempo big band horn section of the variety Joe Bonamassa’s been applying lately.

Rock fans will want to take a serious listen to ‘Liars Testament’. It starts with something of a 60s British R ‘n B groove but heavy and as he starts singing you can hear the mannerisms of the young Ian Gillan, and while not the scream there’s that studio vocal harmony Martin Birch used to add to put on Deep Purple Mark II tracks present.  Pitched somewhere between ‘Child In Time’ and ‘When A Blind Man Cries’ and if that doesn’t convince you of its influences the neck wrangling guitar solo will.

Similar vocal phrasing and guitar mashing sounds can be heard on final number ‘Yours For A Song’ where lyrical guitar notes tingle throughout on a blues tune that rocks up to become a power ballad.  Bryant tears through a solo and releases a long sustain that makes you think the song’s reached its climax only to rush back into life. It rides on a riff somewhere between Jeff Beck’s ‘Rock Me Baby’ and Robin Trower’s ‘Too Rolling Stoned’ with the kind of high-end solo Clapton stunned us with on ‘Presence Of The Lord’. Worth a listen or two, I can tell you that solo.

Somewhere in between all these tracks you also get ‘Sister Decline’ that’s available as an immediate download if pre-ordering the album, which doesn’t become available to the public until April 20th. There’s a mean rolling riff accentuated by a brass section that gives way to an organ section in the verses. Likely to a heavy duty number if given the live treatment because the guitar solo’s in the style of old Slowhand but with a heavy metal hammer-on turnaround.

With Revelation, Danny Bryant delivers both some impressive vocals and guitar playing. There’s a feeling a lot of these songs were meant for this album alone rather than to grow on the road, as the different musical styles may not be to everyone’s tastes but if that’s the case I admire the experimentation and there are a few gems on this one, played live or not. 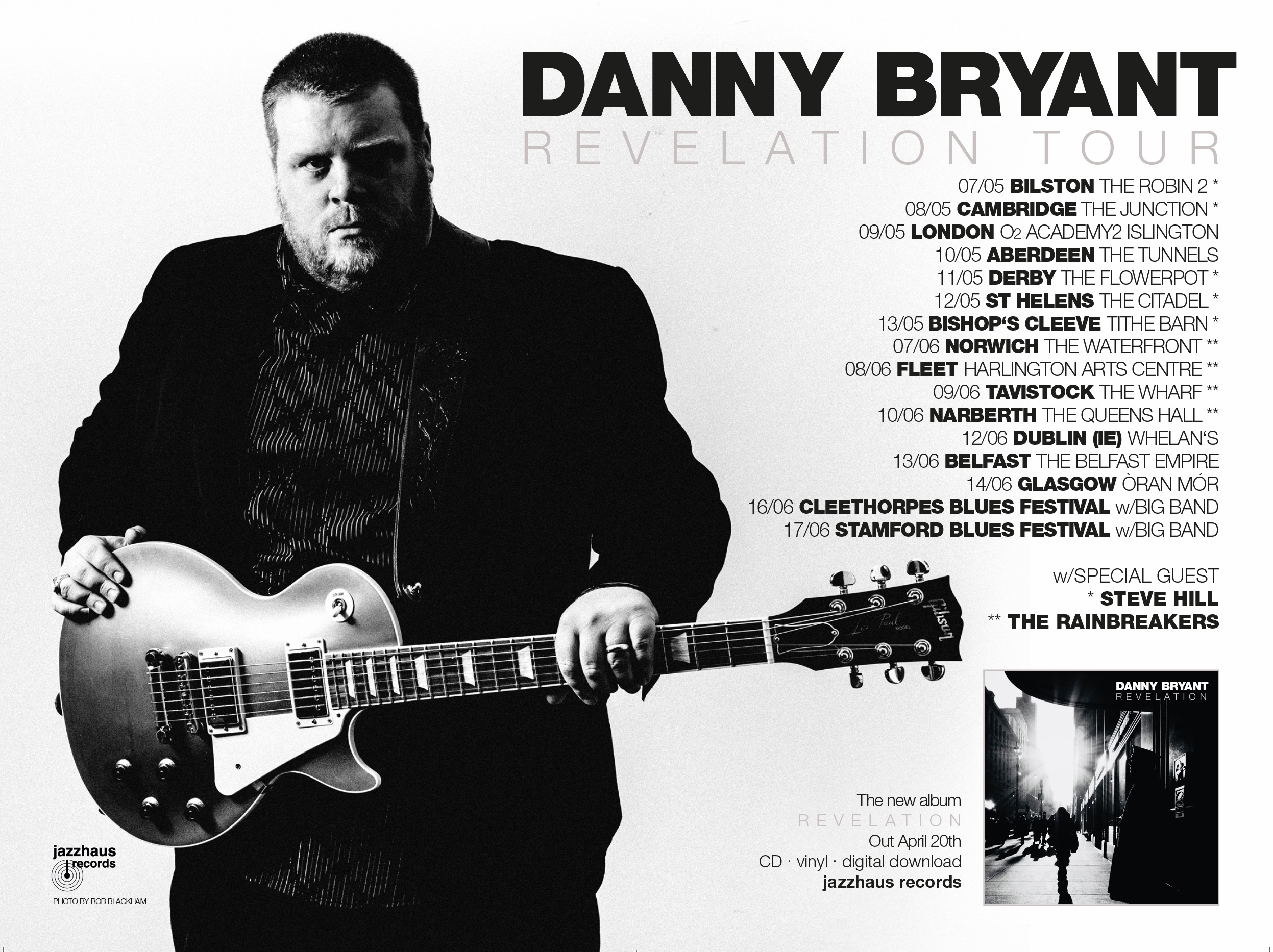