Deliberations From The Shire with Mike James – Mors Principium Est 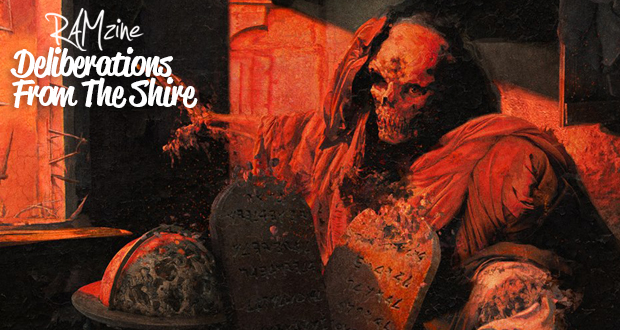 Embers Of A Dying World is the sixth full-length album from Finnish melodic death metallers Mors Principium Est. Having formed around 2002/3 the band have gone through a number of line-up changes but it wasn’t until 2007 when English man Andy Gillion joined as the main songwriter that they really found their stride. This album like the previous stands up as individual and fresh sounding with the progression you’d expect for a band of their longevity. There are of course comparisons to fellow Finnish acts like Children Of Bodom or Dark Tranquillity but I feel this is just part of a sound that comes from the region.

The new album serves up some beautiful sweeping guitar solos that paint an image in sound whilst the contrast in raw vocals alongside the symphonic sounds of the keys work to uplift any listeners who enjoy this style of metal.

Having had Ember Of A Dying World on rotation in my ears for a number of days I can say that the stand out tracks for me are ‘Death Is The Beginning’, ‘Agnus Dei’ and ‘Masquerade’. A hat must be tipped to Thomas “Plec” Johansson” at Panic Room Studios in Sweden where the band spent most of 2016 recording this album with him.