Icefire – The Nature Of Evil 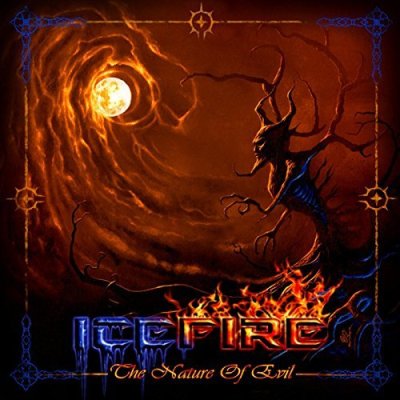 Featuring former members of Scarab, Midlands-based female-fronted heavy metal band Icefire offer with Nature Of Evil a list of suitably hell-baiting song titles to sum up where they’re coming from.  However, toss your black metal habits aside; ditch your emo-heroin chic posturing and think Goth metal of the kind birthed by the unholy union of folk brought up on the New Wave of Heavy Metal and Hammer horror films when they first started showing up on late night telly. Not a young band then, but far from past it.

Sure there are some nods to Black Sabbath but of the Sabotage to Heaven & Hell period rather than their early doom metal variety, albeit that lines like “If I go I won’t come back” do indeed echo the Sab’s lyrical anthem on opening track ‘Witches’. However, while there’s certainly an Iommi-like darkness to Dave Parrish’s guitar sound the overall chord changes owes more to Thin Lizzy, while on follow-up ‘Victims’ he dips in with a snazzy riff that gives a nod and a wink to Michael Schenker, and there’s an effective use of harmony guitars being dubbed.

There’s a more abrupt riff applied for ‘Gypsy’s Song’  but it’s Debra Woodward’s vocals that draw your attention most here, the use of twin vocal harmonies during the choruses work a treat and the unexpected slowed down Gothic Bauhaus section leaves one suitably tingly. Broken chorded power ballad ‘Free Me’ has an early Maiden feel but whether Woodward’s singing about love gone wrong or some demon who has her under his spell is the individual listener’s choice.

‘Drink me In’ was released as a single and there are two versions available here, the latter closing the album as a bonus track under the heading ‘Drink Me In – Soundtrack’. The first starts with a simple piano refrain and vocals followed by a riff that is dragged kicking and screaming before turning on its side with a nervous jitter, in this ode to a vampire. Oddly while I felt the opening of that song didn’t quite gel, the ‘Soundtrack’ version opts totally for piano ballad format, with occasional stringed keyboards. Against, this Woodward sings in an almost modern pop R ’n’ B style, alongside adding echoed harmony vocals creating an effective chilled aural other-reality.

Bobbing in on an ‘Enter Sandman’ meet Manson’s ‘Beautiful People’  metallic barrage ‘Illicit’ reveals itself to be a song about desire, sexual passion, lust not love, with hooks aplenty. Particularly effective is it slowing down to come on like a faux denim and leather worshipping Jane Birkin giving it the old ‘Je t’aime’. That’s followed by the metal attack of ‘Debt Collector’ Parrish again taking another nice solo that says what it wants, doesn’t mess around and gets back to bashing out the song alongside the rhythm section of bass player Bill Fitzsimmons and drummer SteveRiley, as Woodward cries out “Your soul is mine” with a fine pantomime cackle.

Whips, chains, leather bodices and possibly the odd receding hairline; this is devil worshipping as a fun aural pastime between consulting adults. You might want to join in. 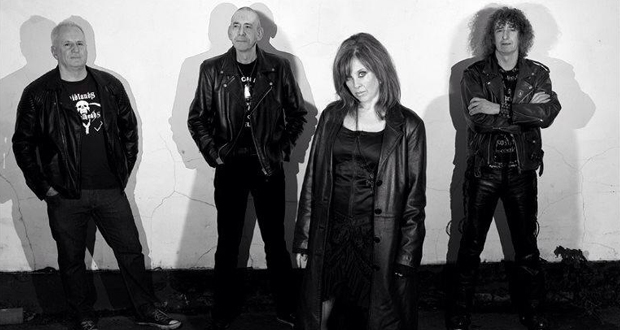