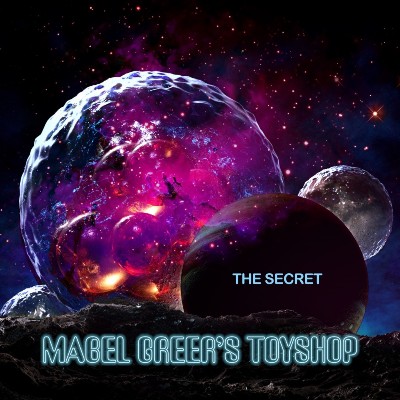 Mabel Greer’s Toyshop is the group whose members would go on to form progressive rock giants Yes. There are three principle things to take into account when considering the band however. The first is that when Mabel Greer’s Toyshop existed progressive rock did not exist per se but was percolating in the heady mix that was the London underground music scene of the late 60s: psychedelic music imported from San Francisco, the improvisational techniques of bands like Cream who were outgrowing 12 bar blues, and classically trained young musicians who wanted to play rock ’n’ roll. The second consideration is that Yes would; perhaps mercilessly, shed even its Mabel Greer’s Toyshop members to become the band they did. That’s not to say that that those members were not important or that the original band they came from was not in and of itself a good one but it leads into the third and final thing to recall about the band, and that is that they never officially released records back in the 1960s. Thus the band that ostensibly reformed under that name a couple of years back, while we may expect them to sound a little like early Yes will clearly have marked differences.

The modern Mabel Greer’s Toyshop came together when founding member and guitarist/vocalist Clive Bayley got together with original drummer Bob Hagger to commiserate the passing of Peter Banks who had played guitar in the band before going off to be part of Yes. They subsequently officially released rediscovered old BBC radio sessions on an EP and in 2015 a brand new album in the form of New Way Of Life, that also featured Tony Kaye who’d been in both bands, plus current Yes member Billy Sherwood on bass and production duties. Those founding members have decided they still have something to say, and have returned with The Secret, Sherwood also returning to produce the addition of keyboard player Max Hunt and Hugo Barré on bass, plus Peter Banks – This being made possible by previously unreleased recordings of the guitarist being utilised in the title song.

The Secret offers nine tracks; they are modern sounding in terms of their production and certain stylisations, not least progressive music as we have come to understand it these many decades since it first took hold in the 70s, but spiritually this album remains rooted to the 60s. Predominantly written by Bayley, lyrically they have an esoteric eastern manner; it’s a sixth form college poetical beat vibe revisited by a middle-aged gent’s tempered new age musings, and he’s fond of Javid Nurbakhsh using his Sufism poetry for two songs. Meanwhile, musically inspiration is also taken from Beethoven, Holst and Tchaikovsky (all credited); while Hunt co-writes two songs.

For all its eastern inspiration it is the plight of the Native American, or so-called Red Indian, that opening track ‘Big Brother, Little Brother’ picks up on with a telling rhythm over which the song is recited. A little Moody Blues like in paces with a sense of 80s pop art to it. You do want the guitar to rise to the surface and be more self assured rather than softly guiding the melody and Bayley has a voice that narrates rather than inspires emotions; add humour and he would sound like early Gong-era Dave Allen give angst and we may veer towards weary Tears For Fears. That his diction is clear makes us listen, and consider what he has to say, but to move us we need a little something more, confidence perhaps, or added counter harmonies. However, the inventive use of synthesiser by Hunt that comes in near the end makes you sit up and listen  – Perhaps more in the Patrick Moraz style for those Yes listeners reading this, before going a little spacey with more creative guitar work being offered.

Opening on acoustic with Bayley coming across as Jake Thackeray portraying Leonard Cohen, the rest of the band join in for the folksy ‘Love’s Fire’. It tends to meander and someone in the production chair should have said “Cut” a few minutes earlier. However, from hereafter things pick up. ‘Turning To The Light’ has a nice poppy feel with weaving inspired keyboard usage heard again. While wordy it has a good melody, as does ‘Angel Sent’ that starts with piano and voice, before an organ is introduced and Bayley introduced a minor guitar motif. Better still is ‘More And More’ – A waltz set to fairground music that builds progressively with melodies collating in claustrophobia, chasing and tumbling over each other.

‘Swan’ is a similarly good track. Keyboards effect the sound of a choir, church bells ring out an acoustic guitar plays outs notes in an arpeggio manner and Bayley is much fuller voiced. Tchaikovsky’s classic influences are felt, though additional synthesiser work would have been appreciated amid the melodies, and as rhythms stir and shudder there is some wailing electric guitar, before returning to its acoustic refrain to end upon. ‘Image Of Existence’ is a piano led romantic piece, benefitted greatly by harmony vocals and a melody guitar as it drifts into a busking soft prog mood – There is also a nice extended instrumental section where Barré’s bass both shoulders and shadows the weight of the guitar lines prior to the music slowing down to simply guitar and a swirling organ chord. There is again a melodious bass to be heard on ‘You’, a song that enters by way of a merry keyboard refrain, and once the songs starts properly Bayley’s thoughts on the theories of super nature being worthy lyrics rather than wordy.

The album ends with ‘The Secret’. The sounds of piano, bass, more keyboards, guitars and drums are gestures working with the songs adding a little oomph rather than clattering away. This psychedelic prog number is the one featuring guitar parts recorded by Peter Banks, with Bayley playing alongside in this production. The song itself a tribute Banks and Chris Squire. Its intentions are good tending towards the smooth rather than the profound musically, and as ocean sounds rise to conclude the record one feels an age has passed spiritually but there is peace to found.

Mabel Greer’s Toyshop musicians are far from virtuosos and sometimes you feel they are holding on for dear life to an interesting melody and afraid to let go. But the fact is, they have returned to complete their own adventure late in life and it is not a folly. Moving forwards, continuing to find themselves, and trust in their strengths, and brave enough to lay their historical heritage comfortably to one side now and again, we may hope for more.  As it is, The Secret is pleasant rather than ground breaking; music to relax and meditate a little over.