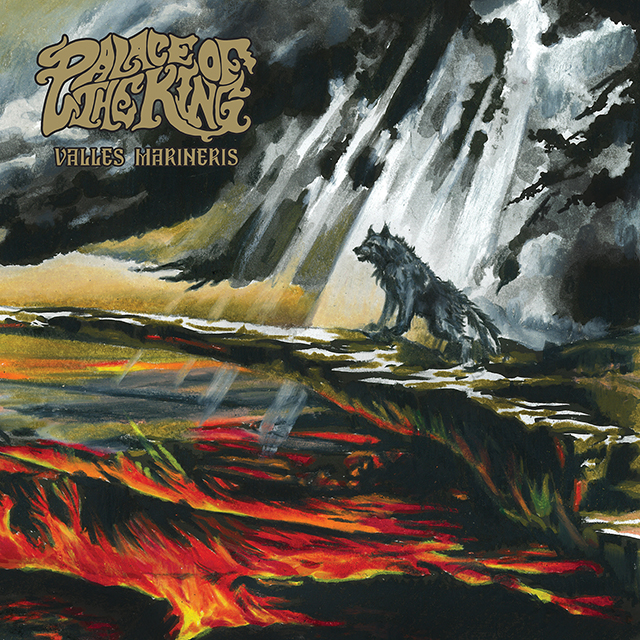 Last year, Australian rock n roll sextet, Palace Of The King, released their debut album White Bird/Burn The Sky. It was full of anthemic, feel-good tracks and was one of my favourite releases of 2015.

Just a year down the line, we get their second instalment, Valles Marineris.

Kicking off with that old-school organ sound and dropping into a tasty solo guitar riff, ‘Let The Blood Run Free’ instantly reassures us that Palace Of The King are very well established in their sound; it maintains the melodic and catchy, hook-driven song writing style that was so prevalent on their last release: they find a theme for each track and, using their signature sound, milk it well.

One of the most enjoyable things about this band is that they seem to have an uncanny ability to write in such a way that makes you feel like you know the music better than you actually do; they pull on a positive predictability that allows the listener to get comfortable with the tracks very quickly, but without feeling like the material is repetitive or boring.

There is a lovely section in ‘We Are The Vampires’ that nicely slots a faster paced, driving bassline and rumbling drum beat underneath an understated and tasteful guitar solo before dropping back into the pounding hook of the track, and for a few sadly-fleeting bars, the hook and drive are combined to tremendous effect. ‘River Of Fire’ brings something with a slightly different, but welcome, flavour – particularly the break down and its lovely focus on the keys/synth.

It is a very enjoyable album, much in the vein of the last, however, I feel that it was a very ‘safe’ release. I’m keen to see where they go from here; Palace Of The King could well be a band to stick with their tried and tested formula, and that would be ok, however, I always like to see growth within a band’s sound as they progress – for me, there were hints at this progression, but they seemed very much to be holding back and sticking within their comfort zone.

One question remains in my mind: When the hell are they going to come to the UK??

Valles Marineris is out on July 15th via Listenable Records.