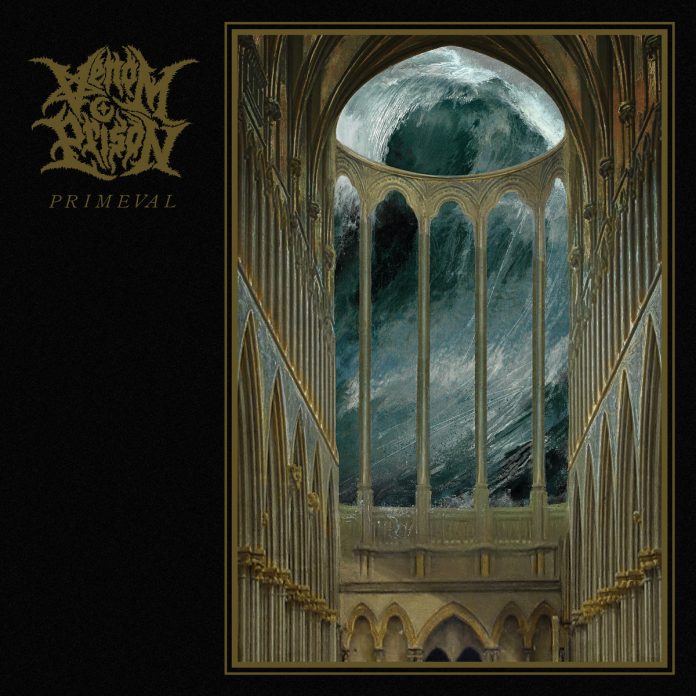 Breaking out with their first full-length Animus, Venom Prison created some noise in the metal scene, followed up with Samsara, they proved to be more than a one-trick pony and really upped their game. Venom Prison literally went from unknown to mainstage festival worthy overnight. The work involved and cost on the mental side of it all has never been hidden away, an open and honest half-hour documentary on their youtube channel called Glitch – Mental Health and Touring Musicians is worth the watch on their views and the impact on them personally (video added at the bottom for your ease). 2020 was looking strong for them, supporting Parkway Drive with special guests Hatebreed, things were on the up. With the year getting thrown to the wind, what else is there for a band to do other than look to writing? Venom Prison did just that. Primeval is an 11 track release containing 2 brand new songs and filled out with re-recordings of their EP releases from their early days, Defy the Tyrant and The Primal Chaos. A Fantastic and violent update on the very beginnings that brought the band to what we know today.

Running chronologically to their release dates and track orders, Defy the Tyrant bellows out into the frenzy, more polished, rejuvenated, and still full of raw energy, The Primal Chaos following suit. Tracks from the two EP collection familiar with some with their place still in live setlists, ‘Babylon the Whore’. ‘The Primal Chaos’ touching on that familiar territory. Hearing tracks like ‘Narcotic’, ‘Daemon Vulgaris’ getting a refreshing look revitalizes the reason so many fell in love with the band in the first place. The two brand new tracks ‘Defiant to the Will of God’ and ‘Slayer of Holofernes’ demonstrate just how far the band has come though, the growth in writing and the thoughts clearly put into form are a showcase of why they have made their mark in the scene. Death metal has gone through plenty of changes and in an online world, music is always a finger stroke away from being forgotten or discovered, but as has often been the case for Venom Prison, Primeval just like their last two full releases, sits head and shoulders above the rest, a glimpse into the past (albeit amazingly short) past of Venom Prison and a sign of a bright future ahead, there isn’t much that seems to be able to stop this band.

Primeval is out now and available in both CD and vinyl formats as well as streaming platforms.