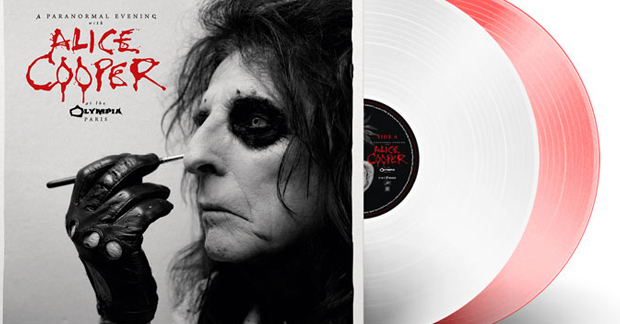 Alice Cooper, rock legend, elder statesman, one-time member of the original 1970’s Hollywood Vampires, rock n’ roll Hall of Famer and a whole lot more besides, is now fifty years into his career and at 70, he’s still going strong and showing no signs of slowing down. Actually, he’d probably be a legend even if all he’d ever recorded was his seventies catalogue of tunes, several of which he gives us in this set. He’s a performer who spent the seventies outraging middle America and the world with his stage act which featured, inter alia, decapitations, electrocution by electric chair and guillotines to name a few. What he’s done down the years has had an influence on genres like glam and punk. Where would The Tubes and Marilyn Manson have been without him? In his time, he’s seen everything and he’s done everything… twice over!

The initial problem a performer like Alice Cooper has to contend with, when putting out a live CD, is the music has to be strong because it must be capable of standing up on its own terms. There’re no visuals to deflect attention away from the music, so the music has to transcend the unseen visuals being performed onstage. Alice passes this test with ease.

After an intro where you’re ‘invited into his nightmare world,’ the band appears on stage and open up with ‘Brutal Planet’, the title track from Alice’s 2000 album, a very powerful opener with a throbbing bass riff underlying the song and a searing guitar riff all the way through, showing Cooper’s band can rock with the best of them. Alice’s voice still sounds good as he then leads the band through performances of several well known Alice Cooper classics, such as ‘Under My Wheels’, ‘Be My Lover’ and ‘No More Mr Nice Guy’, songs which many seventies teenagers grew up singing along to. There’re particularly impressive versions of ‘Billion Dollar Babies’, ‘Feed My Frankenstein’ and also ‘Paranoiac Personality’, the only track from 2017’s Paranormal album performed, featuring a chilling clip from the shower scene in ‘Psycho.’

The album ends with Cooper returning to 1971 with ‘The Ballad of Dwight Fry’, about a man in an insane asylum, and ‘I’m Eighteen’ featuring the line ‘I’m eighteen and I don’t know what I want,’ supposedly the song Johnny Rotten mimed to on his Sex Pistols audition. This closes the set but, after several seconds of calls for ‘Arl-eece,’ the opening riff to the immortal ‘Schools Out’ blares out, and it includes the children’s chorus of ‘we don’t need no education’ from ‘Another Brick’, sung to ‘Schools Out’.  Alice Cooper is still showing the pretenders to his legacy how it’s done.