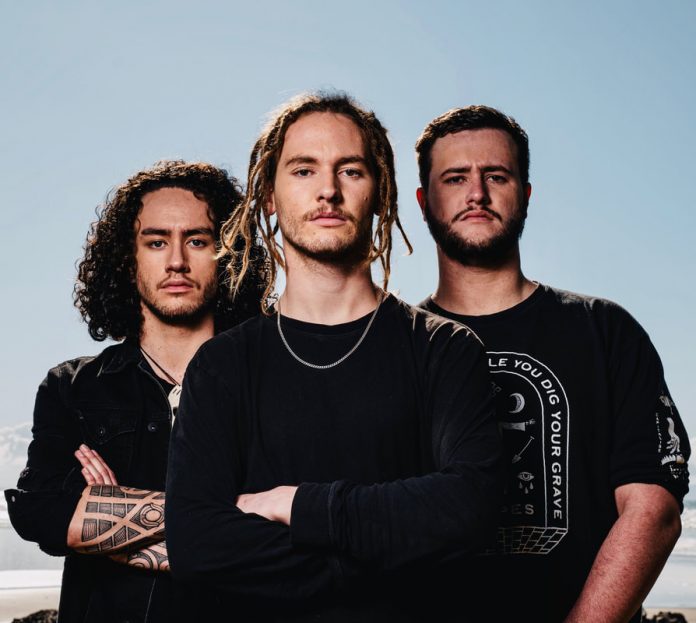 New Zealand’s Alien Weaponry are without a doubt one of the most exciting metal bands on the scene at the moment. Their debut album TU, released in 2018 and quickly propelled the band to heights of exposure they hadn’t imagined, the debut record featured tracks sang in English and in the band’s native Māori, this gained attention alongside their blistering thrash riffs, tight production and the startlingly young age of the band, being in their late teens at the time of release.

The popularity of both the band’s live performance, which I myself was fortunate enough to witness pre-covid and the fantastically well put together TU, made for an exciting wait for the sophomore effort which was released just days ago titled Tangaroa via Naplam Records.

Again this album sees tracks in both English and Māori, personally, I think you get a little something extra from music sang in a language you don’t speak, you can focus more on the music and the melodies of the vocals rather than the lyrical content. Having said that, Alien Weaporany, through their lyrics, shed light on current issues faced by the Māori people, the world as a collective and in places, even teaches us of their people’s past and traditions, this is, however, is a conversation for another time, this is a look at this new record and how it plays and stacks up against such a strong first outing.

First things first, the album is a little more subdued than may be expected, with ‘Titokowaru’ and ‘Hatupatu’, firmly introducing us to the overall vibe of the entire record, the music is still heavy but in a different way to the first, there are more primitive and native instruments utilised and blended with the modern metal sound giving everything a more obvious tribal feel akin to early Soulfly.

It’s commonly believed that a band’s second album is the hardest to produce, but what’s obvious here is that Alien Weaponry are not looking to “cash in” on the success of their first album, Tanaroa feels like it’s the album the band wanted to make with absolutely no compromise, they haven’t latched onto the most popular points and tracks of TU and doubled down in an effort to capture lightning in a bottle a second time, this feels like a natural progression of their sound and direction and should be applauded. These guys are doing what they want, what they set out to do and you’re either along for the ride or you’re not.

Standout tracks have to be ‘Buried Alive, ‘Unforgiving’ and the aforementioned Titokowaru’ and ‘Hatupatu. Title track ‘Tangaroa’ is also a strong contender. This isn’t a thrash album but instead takes on its own identity, to make a modern comparison, if you enjoyed Gojira’s Fortitude release then you may get a kick out of this.

As the band have matured, their music has too, as I have eluded to throughout this write-up, are they an acquired taste? Maybe, I think you certainly need a deep appreciation of metal to really get the most of this record and a level of understanding of what this band is about, this isn’t a run of the mill, appeal to everyone record and neither is Alien Weaponry, this is a band with a purpose and this album was made to serve that purpose and it does so extremely well.

If you’re unfamiliar with Alien Weaponry, be sure to check out both albums, read up on the band and their culture, trust me, you’ll get so much more out of this project as a whole.

Tangaroa is out now on Naplam Records