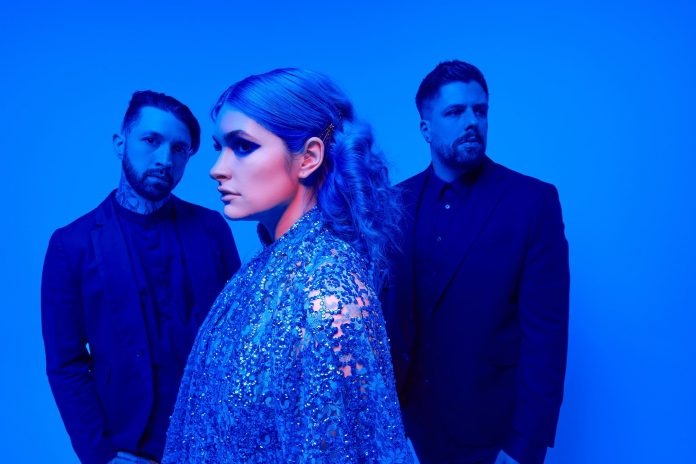 It seemed for a long time that the idea of a full Spiritbox album was just that, an idea, the band for a while seemed content to release singles and EP’s but finally we have a complete package, Eternal Blue is out now on Pale Chord Music & Rise Records.

If you know Spiritbox then you will know ‘Holly Roller’ this track needs little introduction and it features on Eternal Blue in all its glory, however, the arguably heavier re-release featuring Ryo Kinoshita (Crystal Lake) isn’t here but we do get a track featuring a certain Sam Carter (Architects) to make up for it, but more on that in a moment.

All the big singles are here, not just Roller, which is great, it immediately makes the album feel more familiar and you know to a degree, what to expect. The excellent ‘Circle With Me’ and ‘Secret Garden’, the heartbreaking ‘Constance’ and the stunning and oh so catchy ‘Hurt You’ are front and centre and in hindsight did a superb job of preparing us for this full record that was to follow.

So what of the tracks we haven’t heard before? how does Spiritbox stitch all this together? Well, there is ‘Yellowjacket’ that features Sam Carter as mentioned, this is a hot track, Carter doing his thing, combined with the seemingly endless talents of frontwoman Courtney LaPlante is a force to be reckoned with. This track is hard-hitting, Djent to the heavens and damn heavy. Then there is ‘Sun Killer’ which actually opens the record, LaPlante’s trademark haunting vocals guide us into a progressive, metallic and eventually, earth-shattering heavy crescendo.

The pacing of the record is very well done and deserves a nod, ‘The Summit’ nicely ties into ‘Secret Garden‘ following the heavier two tracks that intro the record. ‘Silk In The Strings’ sits at the halfway point and packs one hell of a punch, I can see this one being a standout for many people after a few spins, the pacing here just fits perfectly as this track is followed by ‘Holly Roller’ and we all (should) know where that goes.

Title track ‘Eternal Blue’ is silky smooth with a really cool vibe that’s hard to put into words, if there is one thing that can be said for Spiritbox it’s that their range and creatively seems to know no bounds, no two tracks sound the same yet you can pick them out from a line up due to their metal underpinning and LaPlate’s truly unique voice. Following this is ‘We Live In A Strange World’ which again switches things up and has more synth-pop mixed with metal feel to it before it makes way for ‘Halcyon’ which itself works nicely as a standalone track, melodic and progressive.

We end with ‘Circle With Me’ and the epic and well-received ‘Constance’. You can’t accuse any of these new tracks as being fillers, featuring only the tracklist to pack out the five or so tracks we already know, there are no real miss-steps here, the band’s full range is on display and the album feels fresh with its approach, here’s to much more!