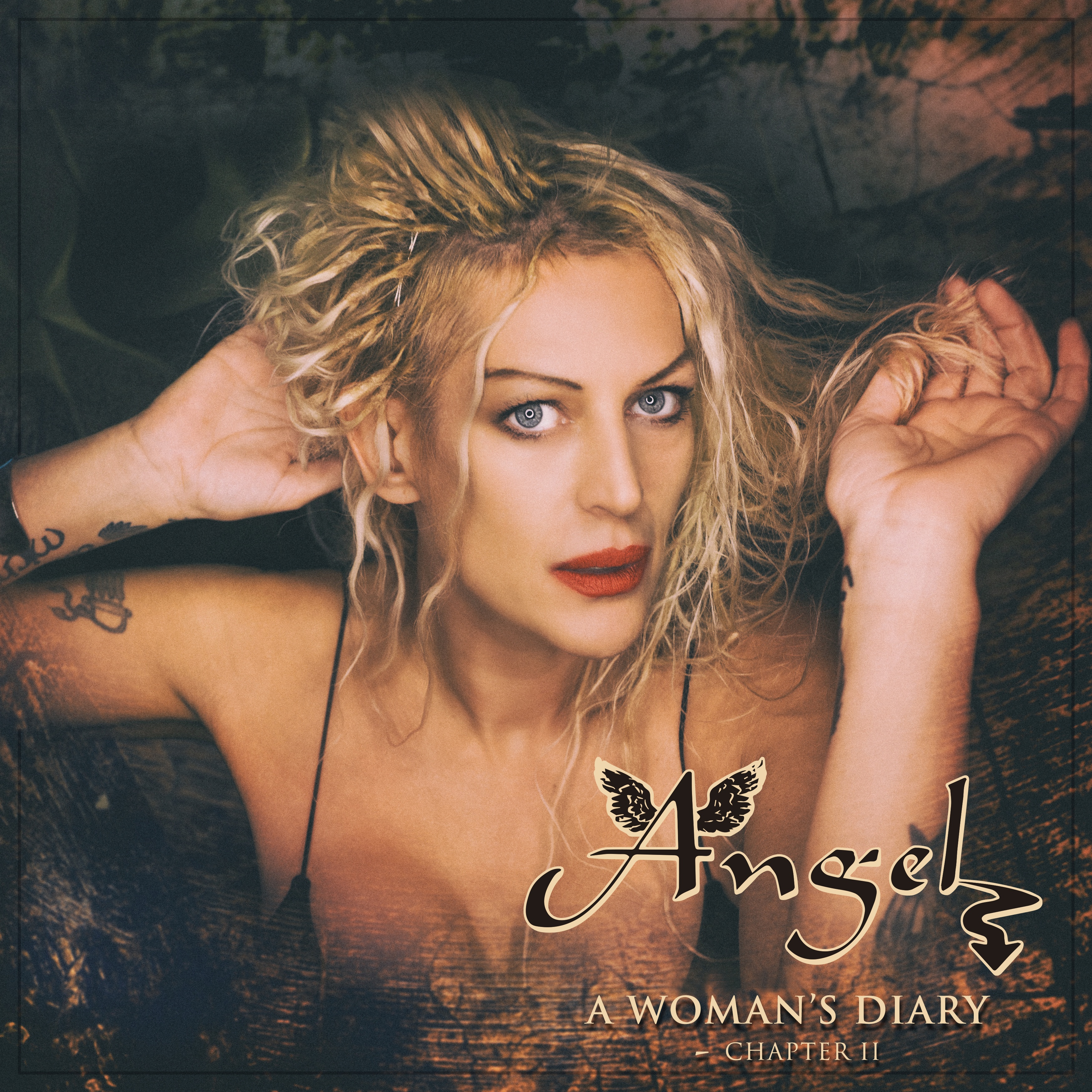 After releasing Chapter One in 2019, Angel (also known as Helena Iren Michaelsen and as vocalist for Imperia and Trail Of Tears) now brings us up to date with her very personal musical record of events that have helped shape her life and attitude towards it. As Helena says, “All of the lyrics are about my own life and the things that happened and are happening along the way. I’ve written some of the songs at the age of 12, and now they found their way on this album, which makes them very special for me.”

If that’s the case then after hearing the emotion-filled opener, ‘Never Again’ I certainly empathise and sympathise as her vocals, over a manufactured sounding backing, are immediately convincing. ‘Streetchild’ is little more poppy with its piano lead and complex percussion blended with orchestration…it is a lovely song though. After a cloister full of monks introduce ‘I Don’t Believe’ suddenly hits an acoustic and piano ballad that is entrancing.

‘Imprisoned’ is much more weighty as the mental hospital of the lyrics are backed by doom-laden riffs and operatic sections. Even more fascinating is the cover of Bjørn Eidsvåg’s pop ballad ‘Eg Ser’ which is just piano and voice and is a bit Bush but in Norwegian! (It means I’m Angry apparently). ‘My Desire’ goes all Eastern rhythms and operatic vocals with suitable instrumentation behind it all…it jarred a bit at first but has a complexity that makes it fascinating on repeated listens.’ Rock In The Sea’ is more acoustic and piano with Helena utilising her formidable vocal range. Another noteworthy track is ‘Silence’ which starts with thunder and rain effects and stays in the acoustic ballad style but, with the cello accompaniment, it is almost an aria.

This is not an Imperia album in any sense even when the symphonic or operatic sounds are used: it is very much an Angel album that veers to the softer side of rock, adds in some genuine but sensible pop, a bit of Eastern mystique as well as some heart-wrenching ballads. What it also has is the range to appeal to listeners of many genres and, whilst not every track is destined for my playlists, there are enough strong ones to make this a worthwhile listen.