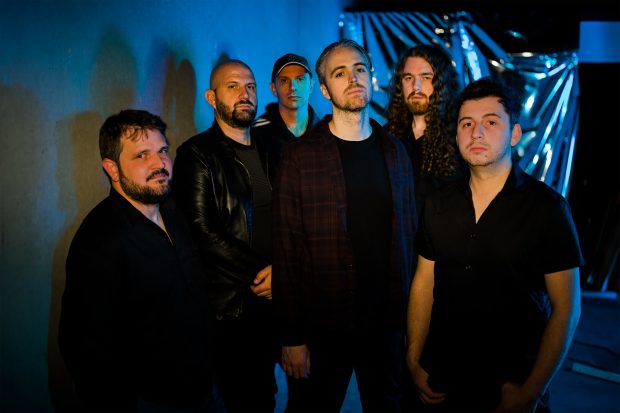 Homeless is the sixth studio album from Australian prog band Anubis, who are in the process of making a name for themselves down under. Despite a couple of forays into Europe to play gigs, they have yet to fully make their mark in the United Kingdom. Anubis are classed as being neo-prog though they’re at the more melodic end of the genre, but nonetheless, this album is a good representation of their work. The band have declared themselves pleased with what they’ve come up with – particularly the track ‘Home,’ which has been released as a single.

So, is Homeless likely to be the album which raises Anubis’s profile somewhat? They’ve certainly made a decent stab at it, and there are some fine pieces of music on this album. Additionally, on Homeless they’ve gone with a series of shorter tracks, which contrasts from the lengthier ones on previous albums.

‘Reflective’ is a powerful opening track, starting slowly and gradually building up to a climax. ‘White Ashes’ and title track ‘Homeless’ are more classic rock than prog, whereas ‘Home’ is in the same vein as Lonely Robot’s album Please Come Home. ‘Gone’ uses some melancholic orchestral backing to good effect, and ‘The Tables Have Turned’ is a slow rock-based track. What gives the latter two songs an edge is the addition of a female voice behind the singer, and several other tracks on the album would have benefitted from this as well. All the way through the keyboards are used sparingly, and there are few providing any of the lush and ambient backing prog is occasionally renowned for.

Anubis are a band with lofty aspirations in their music and lyrics. One glance at their previous albums suggests that there is certainly no lack of ambition in their work, as well as in the risks they’re willing to take. The trite concerns of the ordinary everyday are not for them, as their lyrical themes revolve around much deeper issues. For instance, their 2011 album Tower of Silence mused on the subject of limbo as told through the narrative of an eleven year old girl who lived and died in a union workhouse in England.

Homeless is written from the individual’s perspective of the world as it appears in 2020, from the reliance on technology to the individual’s lifelong journey toward empathy and understanding. Yet, there’s little in the way of preaching in the lyrics, as the listener is left to decide for him/herself what they think it all means.

Australia isn’t exactly a hotbed of prog rock, but with bands like Southern Empire and Voyager beginning to make their name in the UK, who’s to say Anubis can’t follow in their slipstream?

Homeless will be released on 10th March.