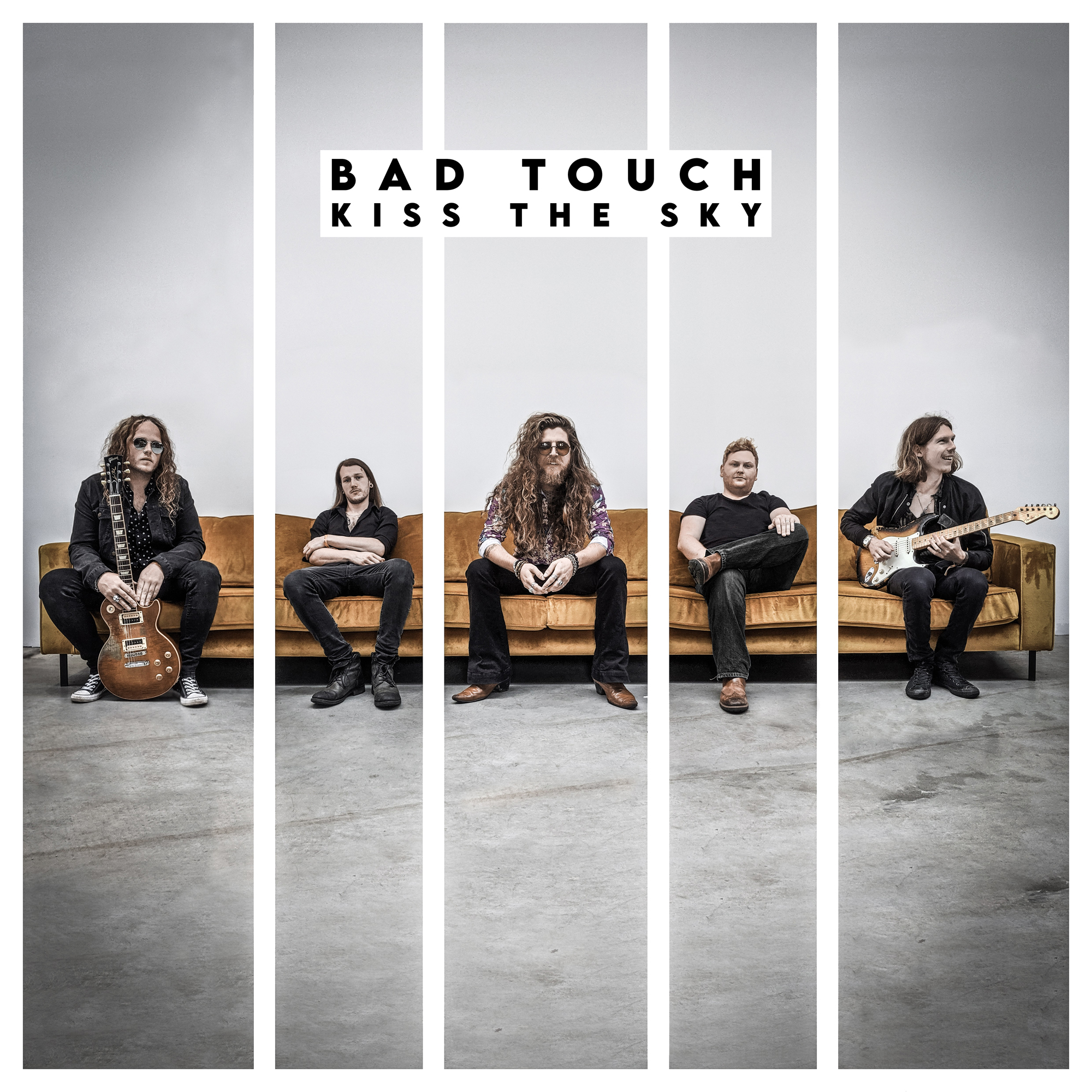 For those living under a rock for the last decade, Bad Touch are a five-piece group with the feet firmly planted in the classic rock field. Pedaling their way forward with on the back of hard work grafting and three studio albums, it has seen them take the road and support household names including Skid Row, The Quireboys and FM to name a few, 2020 was to see them return to that road with Piston, and while the world has been flipped upside down, one thing remains strong, their steadfast attitude to get ‘Kiss the Sky’ out to the ears of fans all over.

‘Come a Little Closer’ kicks things off and has an instant body moving feel and gives the perfect start to a good ole rocking time, an absolute mood setter for the rest set to follow. ‘I Get High’, one of the released singles is a beacon of positivity and a taste of exactly why they have been able to grow as a band. The album literally sounds like it has written itself, the good vibes continue with the bluesy driven ‘Let Go’ before amping it up again with ‘Strut’ and ‘I’ve Got the Music in Me’, but the album takes a sharp turn from the happy and upbeat tones with ‘Can You Save Me’, a ballad of immense emotion and heart, sure to pull a string or two on even the most stern of folk, matched only by another ballad of even stronger proportion in ‘See You Again’ that clearly has Stevie pour his all into lyrically.

Sandwiched between the ballads comes the title track ‘Kiss the Sky’, a superb break between with hard hitting riffs and chops that proves to be the sunlight between two star filled nights, and if they were your gentle Friday and Saturday nights, then the follow up tracks ‘Before I Die’ and ‘Too Much of a Good Thing’ make for a perfect summer Sunday night! The album rounds itself up with ‘Sun and the Moon’ and ‘Something About your Kiss’, a nice slice of musical perfection that completely follows suit with the abilities and prowess throughout the album.

Pushing themselves harder than ever, the writing in all is clear to see, production wise, it is all spot on, and although we are stuck under lockdown, Bad Touch really have provided the soundtrack to long summer nights with Kiss the Sky, just bring your imagination for the crowds and friends for good times over beers. Very much a sound of the classic days of olde, they seem to hit everything straight on the target and if it wasn’t for this damn virus, this album would really have been the start of something special for 2020, an absolute must for any classic and rock fan. At the very least, the more time people get to hear this, the more they can sing it back when we finally do get to see Bad Touch back on the road!

We recently caught up over email with Stevie about all things Bad Touch which you can read about here; Bad Touches Stevie Westwoods – Kissing the Sky
Bad Touch are currently rescheduled for their tour with Piston in September (Dates below).