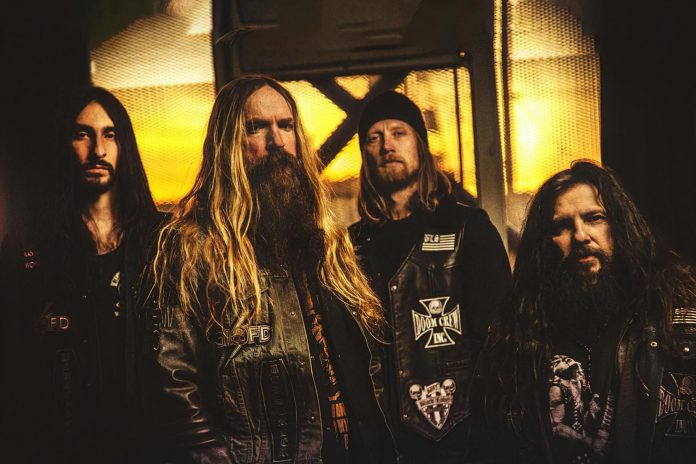 Black Label Society need no introduction, Zakk Wylde and crew have just released their highly anticipated eleventh album, Doom Crew Inc via Spinefarm Records. This release is comprised of twelve tracks and is set up in such a way that Dario Lorina is pushed to the forefront compared to previous releases, now being firmly alongside Wylde which leads to superbly executed duelling guitar pieces that are a real treat for the ears. “We incorporated Father Dario even more into the solos, doubling with me and being more involved in that regard,” said Wylde. “It really, truly is a two-guitar album, more so than ever. A twin guitar band, whether it’s the Allman Brothers or Judas Priest, with harmony lines, unison lines, and trading off solos. It stemmed from the live shows, where we’d both go into the crowd and extend songs like ‘Fire It Up.’”

Everything you’d expect is here, huge chugging riffs, blistering bluesy solos and Zakk’s haunting and powerful vocal style that seems to know no bounds and only continues to grow in range and quality. While BLS very much stick to a formula for the majority of their releases it’s a formula that is so well refined that it just works every time, and this release is no different. It’s a concise, tightly produced, lengthy record that explores the full range of the entirety of the band and with the slightly different approach to the guitar set-up, there are some real treats for the axemen amongst you.

Doom Crew Inc is a love letter to the band’s own road crew, hence the name. The songs are (according to the PR) “Odes to celebration and mourning, the soundtracks to jubilant evenings and bewildering days recorded in Zakk’s home studio, the Black Vatican” where he spent much of time during lockdown constructing this record.

Standout tracks are hard to pick out on an album oozing with quality, if pushed I’d pick ‘You Made Me Want To’, with its sombre undertones that evolve into a powerful solo driven belter. ‘End of Days’ is pure BLS and feels like it could fit onto any of the band’s previous records. ‘Forsaken’ is downright tasty blues-based guitar goodness and ‘Gospel of Lies’ is a personal favourite with it’s doom riff opening before transistioning into a crunchy frieght train heavy anthem.

Anothr solid release from one of rock and metal’s finest bands, well worth checking out for long terms fans or those just getting on board with Wylde’s crew.