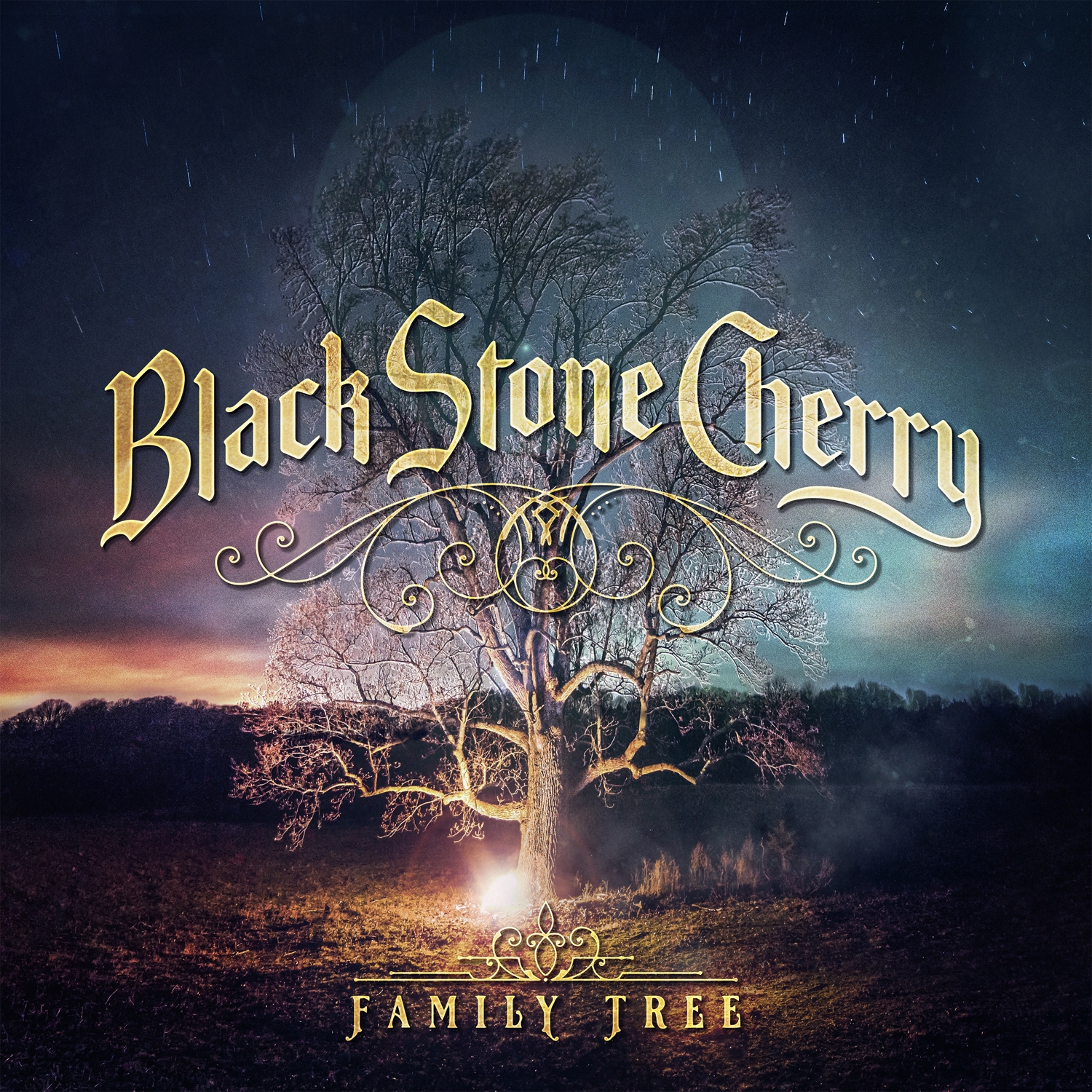 First time I heard of Black Stone Cherry, they were being brought over as support for a little known guy and his band, Zakk Wylde and Black Label Society. Immediately peaking my interest, I checked them out and heard Lonely Train from their debut, a new musical love affair was born and I was straight down the record shop to buy myself the album. Fast forward a decade and new loves were found, their sound had developed and although I may have been after heavier, more guttural flavours, an interest was always there at the back of the mind.

Come 2018 and they’ve just released Family Tree. Their sixth album in their 17 years together. Always being a band that would be pulled out of the music collection for road trips and BBQ weather, it is almost fitting to have a mini heatwave at the time of the release. Kicking out the block with Bad Habit, the bright, punchy funk drives hard with more swagger than John Wayne, leading perfectly into the rich, warm sound the bands nailed over the years. New Kinda Feeling brings some real flair to the fold with some rocking piano adding great texture, Carry Me On continues that saturated goodness. It’s pretty easy to see how these guys have grown to headline touring status, the songs sound natural and feel like they write themselves, nothing sounds like a chore, even on the more sombre tracks like My Last Breath.

Southern Fried Friday Night sounds just like the title implies, belting out some of the strongest riff work on the album while the Dancin’ In The Rain lathes us in the southern blues while welcoming legendary guest Warren Haynes of Gov’ Mule to name but a few, making a superb collaboration. The soulful funky touches appear again with James Brown and Get Me Over You hits out with some real relatable lyrics for most, but the interlude and outro does seem to detract a little from an otherwise cracking track, but maybe those touches will grow on me, there is no denying that they make the track stand out and try something a little different.

Closing out is the title track. The perfect track that can sum of Black Stone Cherry in one song, its big, has meaning and brings that southern glazed feeling to a fantastic end. As a whole, the production is spot on, never short of ideas and finding that perfect tone. The guitar duo in Robertson and Ward really shine and work together, while the rhythm section in Lawhon and Young are hitting hard and pushing constantly, vocally Robertson is sounding as good as ever, as a collective, they’ve matured and clearly aren’t afraid to push the envelope of new ideas. It is a clear sign as to how and why they have maintained their name and become the size they are. For those that have never listened to them before, it isn’t a bad album to start with, and it’ll do more than enough to convince new listeners to check out their back catalogue. As our little heatwaves come to an end, the BBQ’s go away and our beer gardens empty for a while until our all too brief summer returns, this album will keep that warm sunshine glowing inside us a little longer.