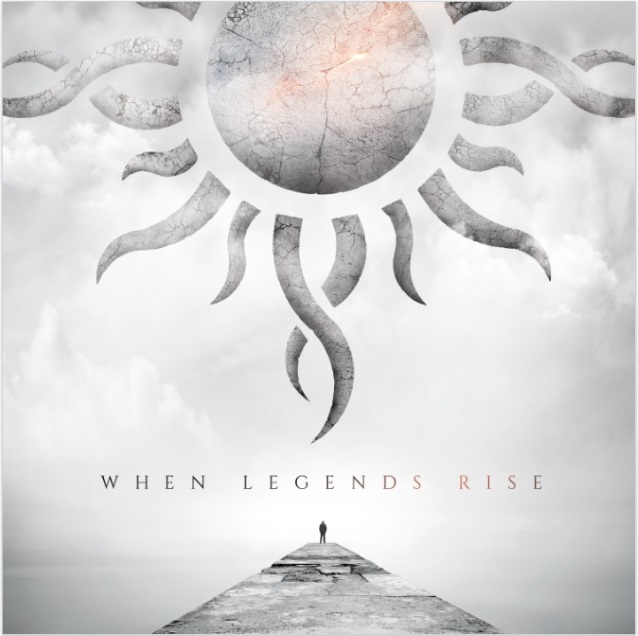 Godsmack are one of those dirty little secrets, a band I grew up with back in the late 90’s. I remember being a teen and in some store with second hand albums, extremely little in the way of rock or metal, but I did find the self titled release along with something else. Sitting down at home with a mate over for a night, we’d fill our mouths with crap, play video games all night long and throw on some albums. We’d heard they were hitting the road with Black Sabbath and instantly, we were sucked into the world of Godsmack and jump on any release that followed, I mean they had to be good right?

Life changes though, we grow up, tastes change, things happen and we just don’t do things we used to any more, a few years on and we were soon spending our weekends with alcohol and listening to other things, around this time were finding a love for death metal and it soon took a grip of us. Leaving behind the bands that made a name for themselves on our generation, Godsmack always seemed to stay relevant to us, with some absolute gems of singles from Awake, Faceless and IV. Not forgetting perhaps the track that really really propelled them into the limelight with I Stand Alone being released for the The Scorpion King (cranking up some 109m views alone on youtube). Fast forward more than 10 years and several releases and it brings us to the current day, not much has changed. It is still the same band and still the same line up, and following a steady album release every four years since IV, it is time for their latest effort, When Legends Rise.

It is quick to see nothing much has changed, the familiar sounds of Godsmack remains the same, with a straight up hard rock/nu metal front. Sully still has his dominant vocal force running at full bore which is probably the only thing I’d have expected to suffer over time, but it hasn’t. There isn’t too much to throw your way curveball wise either, you know exactly what you are going to get, and if you are already a fan then you already know that you’re buying the album and getting song after song of great, classic Godsmack.

Straight shooting as always, nothing breaks past the five minute mark, in fact only one track breaches 4 minutes, but that isn’t to say they are lacking in wall to wall fist pounders. From the opening title track, When Legends Rise, you’re hit with a melee of catchy, distorted glory. The pedal rarely comes off the floor, and what is better, is you can tell that what punches aren’t thrown your way, you can expect them live, these sound like they are written for the stage. Bulletproof being a recent single from the release could fit easily into anywhere of the back catalogue, it’s good to see that despite the age, they are still having a good time in the lengthy directors cut video! Unforgettable really pushes home the live aspect of a band with group vocals on the chorus, one the band will struggle to hear themselves with over a crowd.

Under Your Scars brings out the always expected gentler side of the band, piano based with strings and meaningful metaphors bringing us halfway through the album. Someday will have a live crowd overpowering vocals again with its infectious lines. Say My Name hammers on while Let It Out teases you in before its monster chorus rides you out, Eye Of The Storm closes out like a hammer blow to the face, rocking riffs and pure power, the only disappointment being the fade out at the end seeming a little anti-climatic, I’d much rather a superbowl-esque finish which would really suit it down to the ground.

Like said earlier, you know what you’re getting when it comes to these guys, it should come as no disappointment to anyone. Start to end, you could expect any track to pop out as a single. With videos for UFC or wrestling, racing or basically any hard hitting, adrenaline sport, they know what they’re capable of and deliver it perfectly.