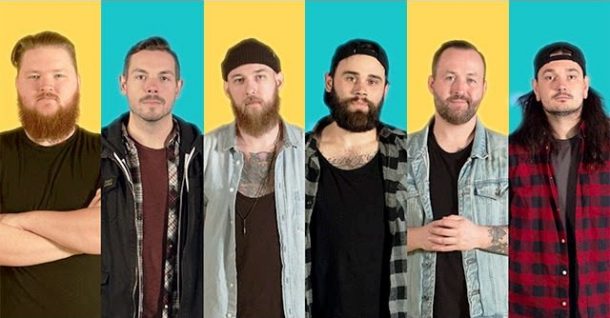 We Were Shark, the Canadian six-piece pop-punkers have recently released their second album Lost Touch and more apt an album name they could not have picked, as this release, while enjoyable, does feel as though it has lost touch with the bands earlier, more hard-hitting releases, 2012’s debut LP Highways and 2015’s EP  Not A Chance.

There appears to have been little progression with this release, despite it being released through Victory Records, who, it must be said, have a history of sanding bands down into something more formulaic. As such there is very little of the band’s personality shining through.

Track six ‘Late Bloomer’ is a perfect example of this. It chugs along at a slow pace, never really doing much to grab your attention, with only a small, blink-and-you’ll-miss-it standout moment.

The same could be said for track seven ‘Sober’. It does nothing to stand out against the litany of bands that have done similar but better, instead content to just plod along in first gear.

That said, it is not a bad album. It is very catchy in the right places. Track two ‘Drop the Act’ stands out. A perfect example of what the band are truly capable of. It is catchy, memorable and a real joy to listen too. Reminiscent of New Found Glory and All Time Low. This momentum continues into track three ‘Hotel Beds’, after which it slowly dissipates across several unremarkable tracks, and it is not until track eight ‘Never Looked Better’ that this pace is regained, and by then it is perhaps too late to be able really do much beyond serve as a reminder of what this album could have been.

It is worth a listen if you’re new to the band, but returning fans may be left wishing for something a little more.

The video for sing ‘Hotel Beds’ can be viewed here: