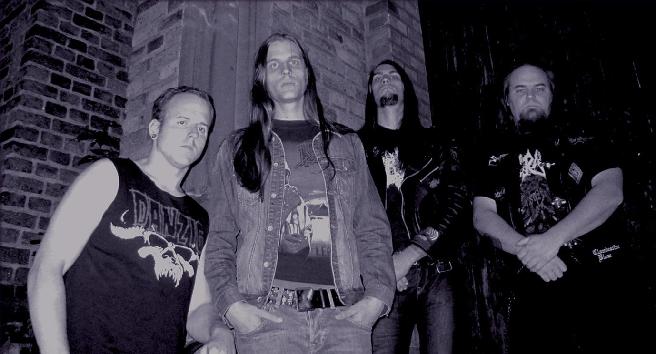 Death metal lot, Chapel of Disease, are bringing forth their first album of their career in the fabled apocalyptic year of 2012. You may recognise these guys from their 2011 demo, Death Evoked, but if not then don’t worry; their debut album Summoning Black Gods is definitely a good place to start.

From the beginning, we’re introduced to a blend of death metal and thrash which does give off a good sense of originality. The first few songs keep a consistent heavy riff going; however this appears to only to be the case as the songs seem to be repetitive and get musically stale quite quickly. However the album soon begins to lift with some variation from Dead Spheres which opens with a slow, catchy and atmospheric riff which is sure to set the mood at a live show. 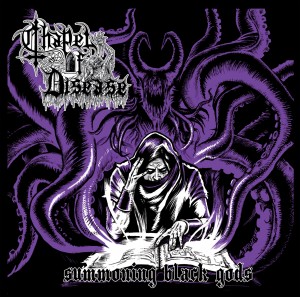 Whilst the majority of the rest of the album is a relentless assault of adrenaline pumped thrash riffs blended with beautiful solos, the records true strength lies in the occasional moments in songs that give us something a little different. More than often this is done quite subtly such as the slightly chanted chorus of Evocation of the Father, but once or twice the band takes an obvious risk to great musical reward. The final track, The Loved Dead, uses a slow, chugging melody in collaboration with another high octane thrash riff and finally a grandeur clad guitar piece to finish off the song with a majestic wall of sound combining all three sounds which we guarantee you won’t find in every death metal album.

We’ve seen death metal bands come and go over the years; however Chapel of Disease could well be the roots of a new evolution in the genre. Summoning Blacks Gods is not entirely different from what death metal fans would be used to but it definitely takes steps forward in changing the rules of what we know to be definitive death metal.