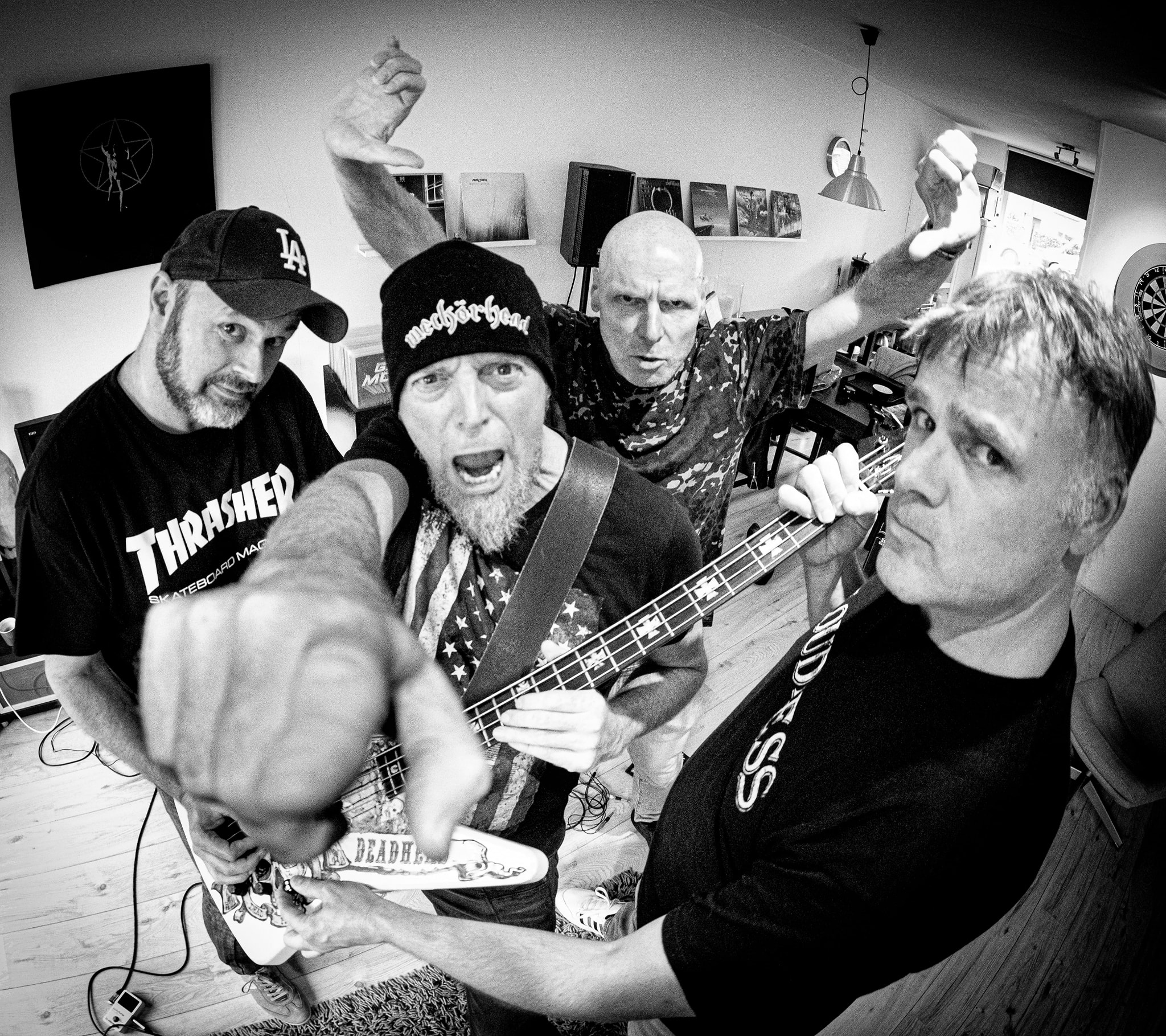 Dead Head are a Thrash band formed in 1989 in the Zwolle/Kampen area in The Netherlands. Through a host of early demos and a relentless approach to playing live shows and touring the band carved out a following which led them to sign a record deal and thus the release of three full-length albums and an ep before they started working on their fourth album Haatland.

Historically Dead Head’s records were associated with poor production quality, sounding tinny and thin with no substance, all this changed in the six years between Kill Division and Haatland; the band drastically improved their raw, aggressive Thrash Metal sound and production improved to finally allow the band to showcase their full potential, with many magazines at the time saying Dead Head were equal to that of many established names in the Thrash Metal genre.

Haatland is due to be re-issued on 2-CD and LP formats on 18th February so
the world can re-acquaint itself with this record of sheer brutality and refined haunting melodies, The opener ‘Faust II’ is a frantic track that showcases pinpoint accurate drumming with fast harmonised guitars and classic thrash metal vocals, which clearly draws influence from bands such as Death and Slayer.

‘Phantom Palace‘ is again a frantic cacophony of lead guitar a younger Dave Mustaine would be proud of, fast drums and brutal riffs carrying the song; the album closes with ‘Nosferatu’ which begins with a melancholic riff that makes you feel uneasy but quickly transforms into a slow-burning Thrash behemoth.

While the album does have some gems, there are also songs that fail to deliver the sort of power, pace and precision expected from Dead Head; ‘Montana’ is a slow burner with very little character, it picks up briefly in the middle but doesn’t capitalise on this.

Fans of the band will be pleased to know that a ton of bonus material has been added to the CD version of this re-issue including live tracks, demo tracks and unreleased material.

Dead Head are due to release a new album towards the end of 2022 so this will make more than an adequate stopgap for fans looking for a solid Thrash album with decent production.