Delilah Bon, Self Titled and Self Made 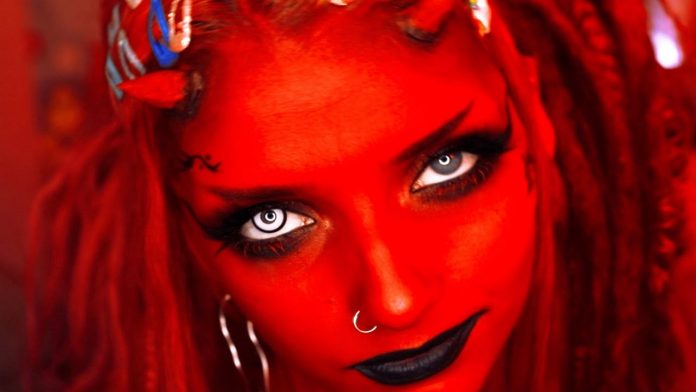 It’s rare that in the modern-day an artist can pave the way for something incredibly unheard of. It’s not often, that someone is so distinct yet so versatile that oozes such unique and raw talents of various forms all under one roof and makes it moreish. That is exactly what Delilah Bon has done.

Hailing from Sheffield, UK – Northern star Lauren Tate is popularly known as the lead singer of band Hands Off Gretel alongside her solo work and thriving social media presence, but the birth of alter ego Delilah Bon drips in pure homegrown talent and a taste of something sugary that packs a spicy punch! With her striking image of a Y2K pink plaid punk and enticingly aggressive girl power attitude, she is reinventing music as we know it and doing it with a strong message of feminism.

Delilah is fighting for women everywhere with every track, shouting the loudest for everyone that has ever felt disrespected, unsafe, attacked and lacks self-love and confidence… Powerful stuff.

If that wasn’t enough, this album was completely self-produced and Delilah played every instrument, mixed every track and every bit of artwork you see in pictures and videos – a true artist. She blew up on TikTok overnight gaining over 80k followers and 2m plays on her parody of WAP (wet ass puppy) featuring her pooch, and her viral fan-involved single ‘I don’t listen to you’  totally gnarly, brat-punk rap that hits differently than what you’ve heard before.

The opening track ‘Freak Of The Week‘ confidently introduces Delilah to us, setting the precedent that she has arrived. With a retro 90’s backing groove and vox over hard-rocking bass and a “P!nk in the early 2000s” similarity in the vocals. This song focuses on the scenario that all of us girls have encountered at some point, avoiding the creepy guy at the bar who just can’t take no for an answer. It’s a big middle finger in the air and she cheekily encourages the ways in which you don’t need a man. Stand up, fight back, wear that skirt and rock out.

‘Soul sisters‘ – ultimate girl power anthem all about strong women building each other up. This track has sick nu-metal breakdowns with a punchy pop kick, one to drive along to that just screams… get in loser, we’re going bopping.  Similarly, single track ‘Where My Girls At’  has a clear message that says no to sitting quietly and looking pretty, and she says it all with this hard-hitting Limp Bizkit style track that has soft harmonious build-ups to heavy dirty breakdowns. ‘Bad Attitude‘ shot to fame online when released as a single, with grunge rock vibes and hip hop vocals effortlessly rapped to perfection about being unapologetically badass. This has the early 00’s teen movie soundtrack vibe with an eerie doll-like outro.  ‘School‘ – another single, with a total Deftones feel to the sound of the heavier guitars and the slow haunting vocals. One for the underdog that rose above the childhood taunts.

‘Homework’ is old skool hip hop, tongue rolling and spitting rhymes, this is the self-love anthem everyone needs in their life. ‘Red Dress’ reminds me of Kittie with the sultry outro and a barrage of screams that compliment her purring darkly, the message is “it’s not me, it’s you”. ‘Chiquitita‘ ought to shake up the ABBA fans, less of a festive pop song and more of the heavy, roaring punk gang vocals that says NO, dump him and fix your crown.  ‘Chop dicks‘ – very cool 90’s hip hop vibe that demonstrates the fuzzy noise rock and rap that this era was renowned for, with Delilah as the spokeswoman for everything the genre was against or failed to represent largely at that time. ‘Devil’ –  Insta-popular video that showcases her vocal talents. It’s sweet, sultry and screamy. A good girl gone bad in hard rock and rap form with tinkling drums and heavy bass. Nu metal rebellion… Shaking that fanny in the face of the lord. Hallelujah!  ‘War On Women‘, Otep fans will love this, soulfully smooth over delicate piano before it kicks in, this song best showcases Delilah’s vocal range. This brings us to the final track of the album ‘I get the feelin’ – going out with a bang, catchy and making her presence known with a Coal Chamber-esque 90’s rap vibe, soulful and great melodies.

The only thing left to do is hit replay and listen again. The world is about to get ready for Delilah Bon, she truly is what we didn’t know we needed.  Play this album loud in your room, your car, show your friends and let her teach you a thing or two.