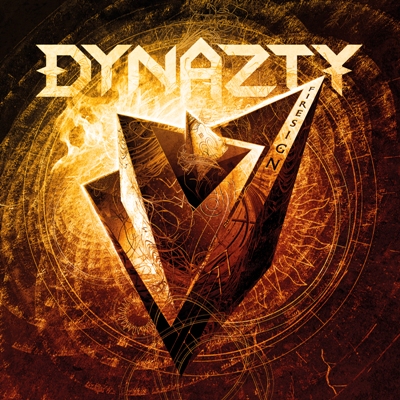 Swedish modern melodic metal band Dynazty return with Firesign, said to be “The band’s most creative, dynamic and inspired album to date.” The record is set for release on 28th September through AFM Records.

Tracks to be found on Firesign are: ‘Breathe With Me’, ‘The Grey’, ‘In The Arms Of A Devil’, ‘My Darkest Hour’, ‘Ascension’, ‘Firesign’, ‘Closing Doors’, ‘Follow Me’, ‘Let Me Dream Forever’, ‘Starfall’ and ‘The Light Inside The Tunnel’.

The album will be available as a digipak, and limited editions of clear yellow, orange vinyl and blue/yellow splatter vinyl, that will be available exclusively through AFM’s webshop. Prior to the album coming available, Dynazty have released their new single ‘Breathe With Me‘, taken from the album , and you can listen to the audio video for it here at Ramzine.