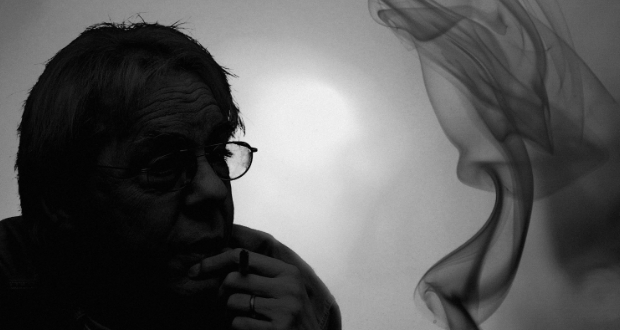 German composer Klaus Schulze is an amazingly prodigious artist and composer of electronic and ambient music. Whilst today he’s known for his usage of synthesizers and Moogs, he began his musical career as a drummer and played on Electronic Meditation, the first album by German purveyors of electronic music, Tangerine Dream. His leaving reduced the Dream to a three piece and, apart from a mid-seventies hook-up with Japanese percussionist Stomu Yamashta, Schulze has largely been a solo artist, and has always preferred to follow his own muse rather than submit to the compromises necessary in a band. In this time, he’s released in the region of sixty albums, which includes the occasional collaboration with other artists.

Since then, for the better part of almost fifty years, Schulze has been adding extra layers of sonic texture to the ambient landscape, and is now rightly regarded as one of the main originators of contemporary music. He’s been described as the “King of Cosmic Music” and the “Magician on the big Moog,” and his earlier albums such as Blackdance and Timewind are regarded as ambient classics.

The four pieces of music on Silhouettes were mostly composed and recorded during the summer and autumn 2017, following an extended period when – for reasons relating to his health – Schulze was relatively quiet. All four of his works are quite lengthy pieces, the shortest track being sixteen minutes, and they’re not for the casual listener. Schilze said of this album it was important for me to paint the pictures in the depth of the space, the sonic fields of tension and atmosphere.

The title piece, Silhouettes, sees Schulze produce an epic ‘symphony of sound and meaning’ and the other three pieces feature synthesizers more fully, conjuring up images and feelings, depending upon the mood of the listener. As Schulze himself says, my music is very simple or very complex, depending on how far the listener is prepared to venture into it. But what’s undeniable is his work possesses a grandeur and an elegance few others appear to be able to capture. His ability to take the listener on an epic journey remains undiminished

It was once said of Schulze his main contribution to music was “the idea of being able to imagine pictures by listening to music,” particularly on his early to mid-seventies albums, and with the technology now at his disposal he’s able to produce some amazing sounds and conjure up ambient sound landscapes almost at will. Overall, though, Silhouettes is an album for the committed fan of electronic music, full of ambient moods, sonic textures and ambient atmospherics.