EP Review: Outright Resistance – Me Vs. I 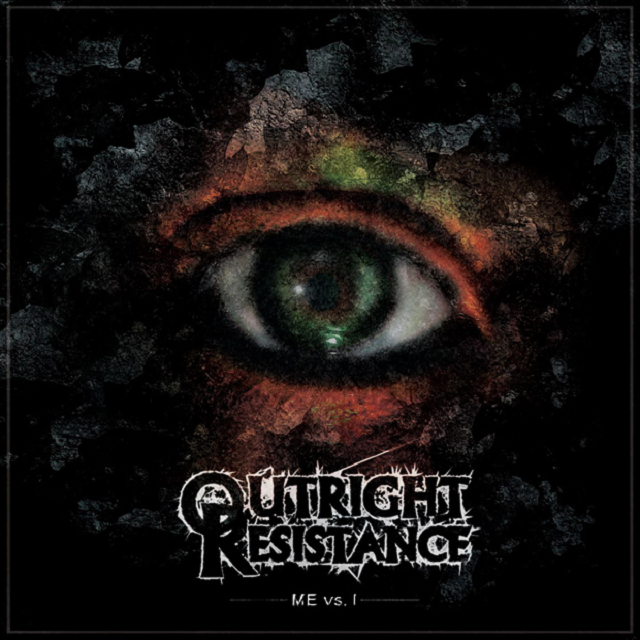 Outright Resistance recently brought out their EP. Titled ‘Me Vs I’. A quick look up on their history shows they haven’t done bad for a bunch of guys from Stevenage, starting out in 2011, they have managed to battle their way through to become grand finalists in London’s Metal 2 the Masses competition to play at Bloodstock, and this year outright earned a spot on the Jagermeister stage, such must have been their impression on the Bloodstock crew.

Opening with the intro by the same name, it lives up to that with sounds of a torturous battle within oneself. ‘Maimed In Chelsea’ brings the beast alive letting you know exactly what they are about and how the EP will play out. For me, it plays out like a few bands I’ve started seeing emerge to certain levels of heights, almost as though there is a new age of nu-metal brewing, thankfully more aggressive and a little more than just a catchy simple riff to play for the song. Also there is no sign of the aggressive shouting verse/singing chorus combo. Bonus points for that!

‘Proved them wrong’ sounds pretty strong, although the guitars sound a bit thin and the melody through the chorus might have sounded better with a different tone. Hopefully it’ll sound much better live, but it does take away from the strengths of the track. ‘Pain’ hits out much stronger. Blistering double bass, an almost hardcore attack from a brutal voice and guitars, and a dirty bit of bass. You can hear the influence of Chimera on them throughout.

‘Gee, Dysphoria’ is probably the strength of the album after ‘Pain’, it has intensity written all over it and one that will break out a circle pit if nothing else. ‘Destiny Is All’ slows to a steadier pace, the writing ability of the band comes through more as the EP goes on, this feels like it should really go much faster but they do well to control any urge to speed up and carry a steady pace throughout. ‘Take The Blame’ closes as the bands epic. 7 and a half minutes of pure aggression, if the EP was growing for something, this is it. Finally a solo too, although it does feel like its for just the sake of a solo, duel leads make up for it though. This EP screams out Dry Kill Logic to me, not a bad thing at all, but I just struggle to get past the nu-metal feel to it all.