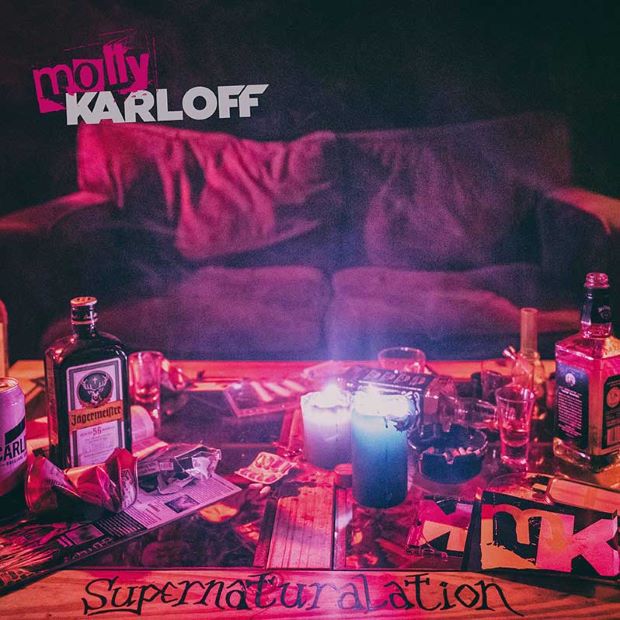 This here five track EP is the second one from the Oxford-based British alt-rock, grunge rock band, and a precursor to a full-length album promised later in the year.

‘She Said’ has already been released as a single and if you’ve not heard it before it’s a growling bad-assed cat of a riff toying with a rodent found at the back of your dustbins because the council’s not been round to collect them again.

As for the rest of the EP, it leads off with the title track‘Supernaturalation’ that stomps hard, high-kicks like a stiletto-heeled stormtrooper in the chorus and is sung rather upbeat for a song that deals with society’s somewhat hypocritical attitudes towards drug addiction. I’ve read that it’s a baritone guitar being used and the wah-wah applied was by accident rather than design. Whatever. It works.

‘Do You Wanna?’ whines in on a long slow guitar phrase before chugging along for the main section, with some off-kilter instrumental sections along the way. It’s all rather reminiscent of Sabbath-era Volume 4 but played by a bunch of punks with some nicely bitchy lines you may find yourselves singing along to. ‘Do It Again’ follows on affirmatively in the same spirit, albeit more straight ahead like The Almighty rucking it out with Supergrass.

Like someone breaking out from doing a military two-step to bump and grind until they’ve satisfied their unsaintly desires, ‘The Other Side’ digs in but probably needs a few drinks down your neck and a sticky dance floor to make it really happen.

Mildly contagious, heavy like a well-swung hammer, there’s still a freshness permeated throughout, and while they take knocks at the world lyrically you don’t have to take it in too deeply if you’re just happy to sing along.

Worth a listen, both the EP and no doubt catching them live.