Epica live up to their name with Omega 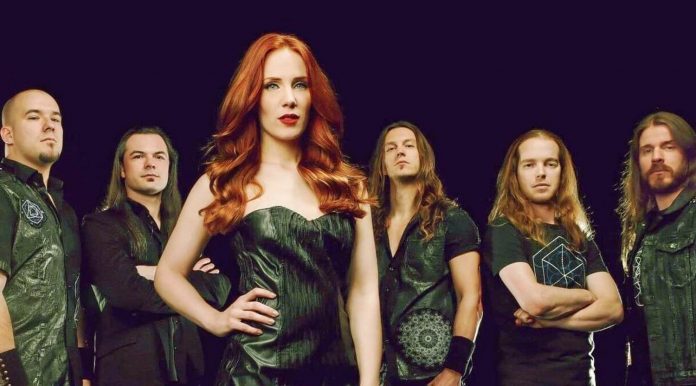 Despite not releasing a full-length studio album since 2016, Dutch symphonic metal outfit, Epica, have been far from quiet.

With the release of the Epica Vs Attack on Titan and the Kingdom of Heaven instalments, the band have been releasing consistently, but the release of a new full-length LP with a cohesive feel is certainly welcome.

2021 sees the release of Omega and this album is pretty much what you’d expect or ask for from an Epica release: grandiose orchestra work, soaring vocals and epic storytelling.

The album starts strong with ‘Abyss of Time’ and instantly establishes a tone and the album rarely deviates from this. Heavy riffs and soaring vocals, high and low, punctuated by a choir and orchestral elements; if this isn’t for you then there really isn’t much for you on Omega.

It’s very easy for power metal bands to just add orchestral elements or a choir in the hopes of it being more “epic” and it just ends up sounding like a flat gimmick but Epica makes it work and they even manage to inject some versatility into the mix.

‘Code of Life’ and ‘Seal of Solomon’ provide an exotic feel while still making use of its most valuable tools: it’s strong 7 string riffing and Simone Simmon’s angelic voice, balances really well with Mark Jansen’s harsh vocals without one overshadowing the other. ‘Rivers’ is a welcome break and probably should have been the final track because it acts as a moment of quiet contemplation following a grandiose event.

‘Kingdom of Heaven Part 3’ takes up a considerable chunk of the album, clocking in at 13 minutes, it rivals some of the more complex and grandiose ideas put forward by the likes of Dream Theater and Nightwish.

Epica diehards will likely get the most out of this track as it fits in with a larger narrative but it’s far from inaccessible if the extended run time isn’t a deterrence either. Omega is far from groundbreaking in the Epica catalogue, which isn’t really a problem considering how far they have come since their debut.

Omega is out now via Nuclear Blast.