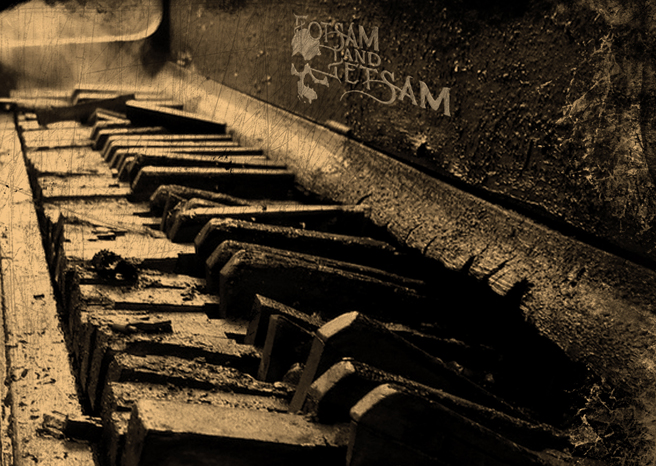 Arizonan 80s thrashers Flotsam & Jetsam released their eleventh studio album, Ugly Noise, through Metal Blade in April. The recording was fan-funded through PledgeMusic with profits going to charity. In addition, ex-member Jason Newsted contributed to writing the album, which may have induced excitement amongst fans. Now Newsted is best known for being the ex-bassist of Heavy Metal titans Metallica. Arguably one of the main reasons why people know or at least have heard of Flotsam and Jetsam is because of their stint with Newsted, who was the main songwriter on their debut, Doomsday for the Deceiver.

The opening track, ‘Ugly Noise’, is introduced by a sinister sounding piano piece, in which baleful drum beats join in with the progression. Lead singer Eric ‘AK’ Knutson, utters in a menacing tone, ‘In the Circle, take your place’, after which sullen guitar power chords accompany to complete the black cloud of sound. The sporadic drum echoes then evolve into a reoccurring rhythm, which suggests that this black cloud of sound is going to explode and precipitate into what’s going to be the meat of the song. So far this song sounds great and I can foresee this being a potent gig opener. As anticipated, a solid mid-tempo paced guitar riff breaks through this black cloud of sound and paves way to the song’s first verse. The verse then descends back into that sinister piano section which then again goes into the same guitar riff for the chorus. This repeats for pretty much the rest of the song, but this instrumental repetition diminishes the potent ominous feel that the piano intro worked on, rendering it dull. However the striking gem of this song, and one that will prevail throughout the album, is Knutson’s refined vocals. 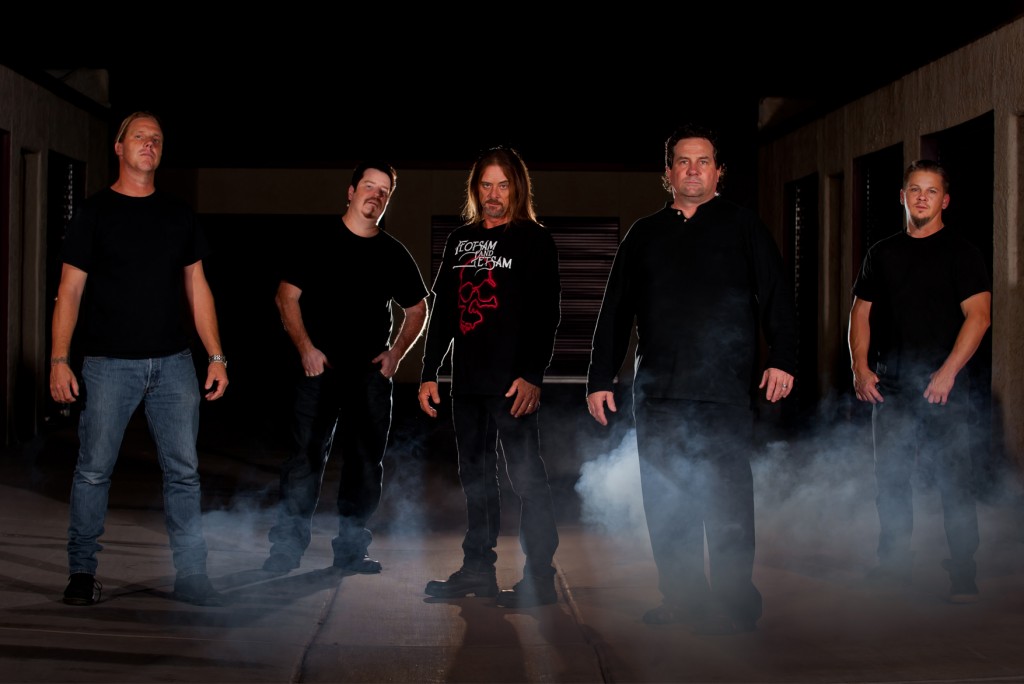 Compared to their earlier works, Knutson shows some restraint in Ugly Noise in which he doesn’t end his vocal lines with a falsetto shriek. Furthermore, he demonstrates some interesting variability, which is explicitly juxtaposed over the repeated instrumentals.

The second track ‘Gitty Up’ certainly speeds up in the drum department compared to the sombre opener, with hitting hard rock sounding guitar riffs completing the sonic assault. Yet there is nothing spectacular to outline with the songwriting and it remains more or less mediocre.

We hear some synths in ‘Run and Hide’, which clearly conveys the band’s adventurous and experimental leanings. Conversely, the follow up track, ‘Carry On’, exemplifies a more stripped down sound which is almost reminiscent of their earlier work yet it is nothing too impressive.

‘Rabbit Foot’ is the ballad of the album in which the band is clearly seeking a commercial sound with a chorus that drips with radio-friendly hooks and cheese. ‘Play Your Part’ takes us back to the menacing aura that the opening track left imprinted in our minds. This song is possibly the best on the album and acts as a brilliant cohesive centrepiece that brings together the weighty riffage, with lamenting melodies and Knutson’s distinctive wails. ‘Rage’ features an ironically cheerful and catchy chorus, but on the other hand the lyrics are unimaginative and generic.

‘Cross the Sky’ showcases an unusual opening where Knutson gracefully sings a few words in a gospel-esque vocal style. This again exhibits the band’s willingness to experiment as well Knutson’s incredible versatility. This elegant anomaly then explodes into a bouncy rhythm that then carries the rest of the song.

‘To Be Free’ stands out from the rest of this album as it bleeds with speed metal flair and it is a definite callback to the band’s Doomsday/ Disgrace years, although it suffers from a weak chorus. The finale of the album, ‘Machine Gun’, is also reminiscent of their speed metal origins but subtle synth spurts can be heard, which again exemplifies the band’s tendency to stretch out of the norm.

This album mainly comprises of mid-tempo songs which occasionally flirt with experimentation. Although it does not carry the power of their previous release, The Cold, it is still a worthy listen and Knutson’s vocals in particular deserved to be highly praised.