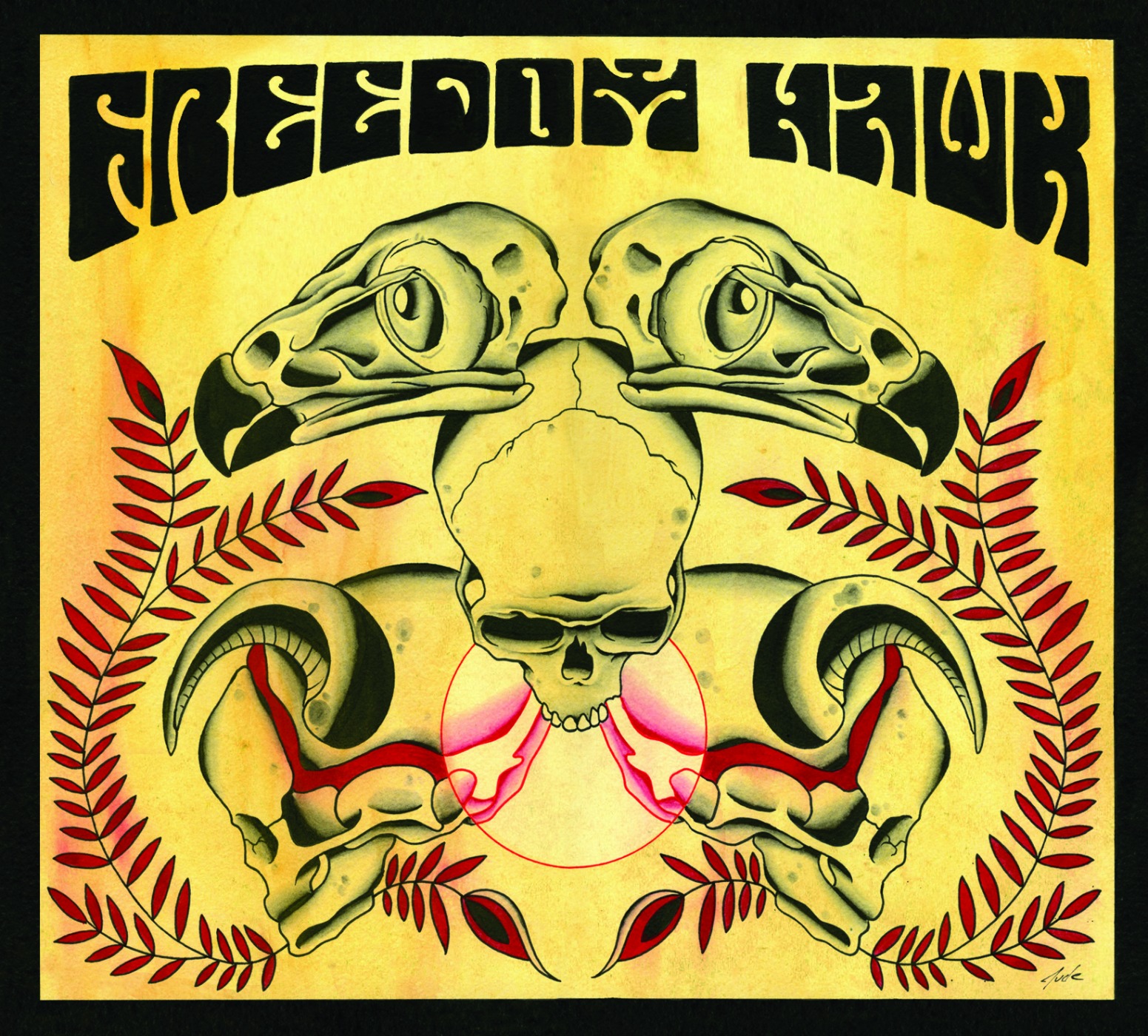 With a sound that may at first come a cross as possibly dated, it is actually anything but. Well in some sense of the term at least, originally released back in 2009, Freedom Hawk nail a sound firmly pivoting between classic rock and stoner rock. Like the best stoner bands, they hold that torch for those original bands that started the whole rock and metal world turning.

Like I just mentioned, this was originally released in 2009, but much like others on that have joined the same label, they go out their way to get previous released from the bands re-released, usually with a bit of a sprucing up. I never heard the original release, so I couldn’t comment on if it has been touched up or not, but I am for sure thankful that there was a second release so I could discover this gem for the first time.

From the moment it begins, you aren’t hit with fresh, crisp, sharp and polished sounds. More stone washed, beaten, scarred and it reminds me very much of the sound I got from when I discovered some old Black Sabbath and Led Zeppelin vinyl when I first played them, that less than perfect sounds give it very much its own character, and when you can listen to it with that in mind, it becomes a much more pleasurable sound to hear.

‘On The Other Side’ opens up seven tracks of new age, vintage sounding stoner glory, a time capsule of fuzz filled tunes, ripe and fit for the picking in an era for the lifestyle and creation of things like the film Easy Rider. Much like that film travels too, there is little time to stop with Freedom Hawk as the tracks keep giving. ‘Universal’, ‘My Road’, ‘Ten Years’, each as strong as its predecessor and flowing together in their majestic beauty.

If you want to find yourself something steeped in the sounds of older generation bands, something unclean, unkempt and pure, the Freedom Hawk are very likely the band for you, and this reissue of their self titled release is as good a place as any to start.