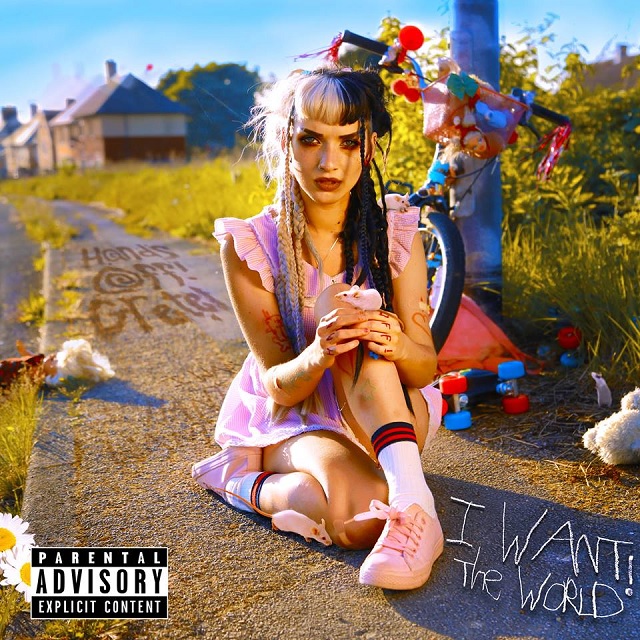 If you have never listened to Hands Off Gretel – you need to start now. Start with this record. No kidding. Let me explain…

Hands Off Gretel were a bunch of grunge-loving guys and girls in Yorkshire in 2015 and decided to form a band making music you just don’t hear anymore. Fronted by songwriter Lauren Tate, with a clear vision in sight – this is going to be big. Fast forward to present day and they have just self-published their second album I Want The World on their own label ‘Puke Pop’, despite a crowd-funding campaign that wasn’t going to plan. All on their terms. This is the dream, right here.

That’s a great story, bro, but how does it sound? Fantastic. As mentioned earlier: this is music you just don’t hear anymore. An amalgamation of the 1990s and 2000s alternative rock. You can hear elements of PJ Harvey, The Distillers, Green Day, Hole, Nirvana, Garbage…the list goes on. Very forward thinking for a band this young, the 90s are back in terms of fashion, gaming, movies, and now in up-and-coming bands. A lot of these tracks follow the quiet/loud/quiet method made famous by The Pixies and Nirvana, as seen in tracks like ‘My Fault’. Opening track ‘Kiss Me Girl’ kicks you between the legs from the start…in a good way! The attitude continues with the ever-so-catchy ‘SASS’.

It’s apparently this band are the total opposite of bands like Paramore, who have turned into a pop group to sell more records. HOG could easily sell out a tour being themselves, forever. Even so, there’s a sprinkling of angst-y popstars like Pink in Lauren Tate’s vocal stylings, incorporating elements of pop, hip-hop, punk and even echoes of Blondie. We are only into the second track and this is the most versatile rock album of 2019.

Although Lauren is on the album cover and is a big part of the album, this isn’t a one-woman show: Sean’s guitar is very versatile going from 90s alt-rock to punk, indie and post-hardcore on the following track ‘Big Boy‘. Becky Baldwin’s bass and vocal is also a huge element in this record and Sam Hobbins is possibly the next Dave Grohl. This is a very apparent team effort.  By the title-track, this feels like a punk-rock selection box for even the most casual rocker. ‘Freaks Like Us’ is the grunge power ballad that really sets this album aside from everything else today. The subject matter is also one a lot of their fans can relate to. I won’t ruin anything but give it a listen.

‘I Want The World‘ is a very apt title because they will get the world if this is the quality of music they are making.  I’d compare this to Nirvana’s ‘Nevermind‘ or Metallica’s self-titled ‘Black Album’ because this is what will bring all of the eyes on them. No doubt fans will be dressing in Day-Glo vintage fashions and forming their own bands and next thing you know HOG are headlining festivals. Or so they should be soon.

Hopefully, that is a good enough case why this is THE one album you need to hear this year. HOG’s own brand of grunge-pop is the future of rock n roll. The Yorkshire four-piece are on tour soon, you need to check them out. I never saw Nirvana or Linkin Park live, but I am so glad I can still hear these songs live.