Skarlett Riot and Sertraline give a boundary-breaking performance in Newcastle 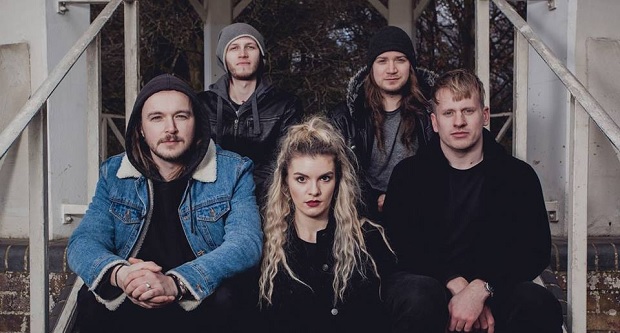 Even though the UK is no doubt going through some very challenging times politically and socially in 2019 – we are also known for our ‘Keep Calm and Carry On’ attitude, and looking at the bigger picture positively. Especially in the live music scene. One great thing about this country in 2019 is the thriving rock and metal scene, especially the amount of awesome independent bands. Tonight’s gig is truly a testament to this with Northern metalcore five-piece Sertraline and Scunthorpe’s finest Skarlett Riot.

As the scene is so big and there are countless bands involved and you need to be the creme de la creme to rise to the top. Success is no longer measured by record sales but followers in person and online. If that’s the case, headliners Skarlett Riot are the equivalent of a stadium rock band. Their fanbase is loyal and comes in large numbers. Openers Sertraline is getting there in good time.

Having played the New Blood stage at Bloodstock and getting bookings around the country, Sertraline is very quickly making an impact. You can tell straight away Lizzie and co. are a massive breath of fresh air. Big riffs with a vocalist who can do both metal and clean vocals equally well. Taking cues from bands that scream out ‘2010s metal’ like Parkway Drive, Arch Enemy, BMTH… the list goes on.

It feels somewhat of a mystery that Sertraline has been around for almost half a decade and we are only hearing about them in recent months. It’s like a bar you only notice, and it becomes your favourite bar. If you cast your mind back to our Bloodstock 2018 review, we called Sertraline “One of the day’s stand out bands” which still stands. Seeing these guys (and girls) live is a memorable experience. I can’t wait until they headline a venue like this… or bigger!

Headline act Skarlett Riot are very different…but also the same as Sertraline. SR has a similar energy and work ethic, but sound oh-so-slightly different. SR is a hard rock stew filled with symphonic metal, emo, heavy metal, metalcore and all sorts of subgenres as seasoning. Vocalist Chloe aka ‘Skarlett’ can really sing, but also really scream. Her energy and precision are commendable following her jaw surgery last year, which would put most musicians on the shelf, but not Chloe here.

Although Head Of Steam is a nice cosy venue, this sort of music needs a lot of room to breathe. Either band could fill a venue at least twice as big. Their resume between them is extremely impressive. I’ve gone this far without even mentioning both lead singers are women. Who cares though, rock n roll isn’t ever about gender – it’s about the music. This is a stunning showcase of the current British rock and metal scene. Record deals are no longer a measure of success. We have gone back to basics as live shows are a band’s bread and butter. We couldn’t ask for more.