Justin Larner is ‘Hot and Dangerous’ 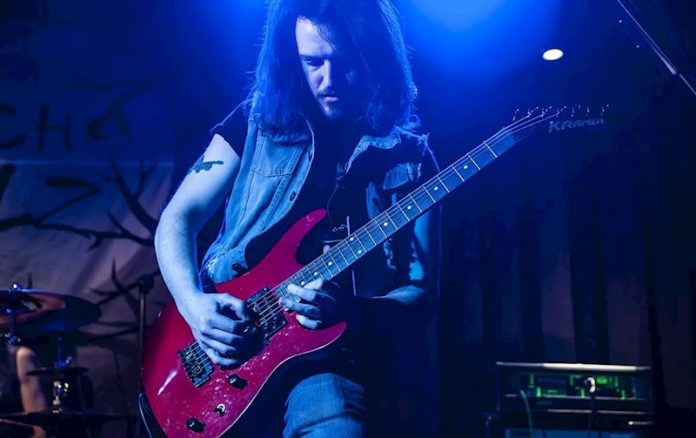 Brought up by a guitar and rock loving father, it was almost inevitable that Justin Larner became a (albeit self-taught) guitar and rock loving son and musician. He spent sometime in the band Grand Ultra, until their split meant the real world crashed back in, which led to him getting a job as a truck driver by day. But, that didn’t stop his dream and, in 2020, he released his solo debut A Taste For Space. It was well received and inspired this latest work, Hot And Dangerous. Larner called on friends and previous band members to help out, so we get his wide-ranging rock and metal influences with four different vocalists across the varied tracks, with each one contributing lyrics and melodies to fit Justin’s musical visions.

Opening with the title track, the feel is very 80s without sounding obvious. When Johnny Sparks’ vocals cut in over the basic riff, we are in NWOBHM (new wave of British heavy metal) territory. After a frantic bridge comes the frantic solo that shows he’s no slouch without going all shreddy. Joe Hill features on four songs and brings his considerable range to bear on heavy rockers like ‘Take Me Away’ and ‘Let Me Go’, but can also do delicate as seen through the softer approach to the intro on ‘Oblivion’ — although it soon fires up into heavy rock, but always maintains a melodic edge nonetheless.

Elisha Martin sings on the hefty and rather lovely ‘Can You Feel It’ and the even better, subtle and crafted ‘Breaking Out’. ‘Find Your Way Home’ and ‘Best Laid Plans’ sees Jane Gould bringing a good case for taking the job with Journey on their heavier outings. Closing with a ludicrously fast intro, the instrumental ‘Losing It’ shows even more how Justin understands the guitar and, importantly, uses it as an expressive communicator and not just for widdling! The song has structure and melody, and is worth the entry fee alone.

As I said, it is a varied album but with all roots in rock and not a duff track in sight. Justin is certainly one to watch out for when the concert drought comes to a close, because on this evidence he should go far.

Well worth seeking out, the album is released on 2nd April.