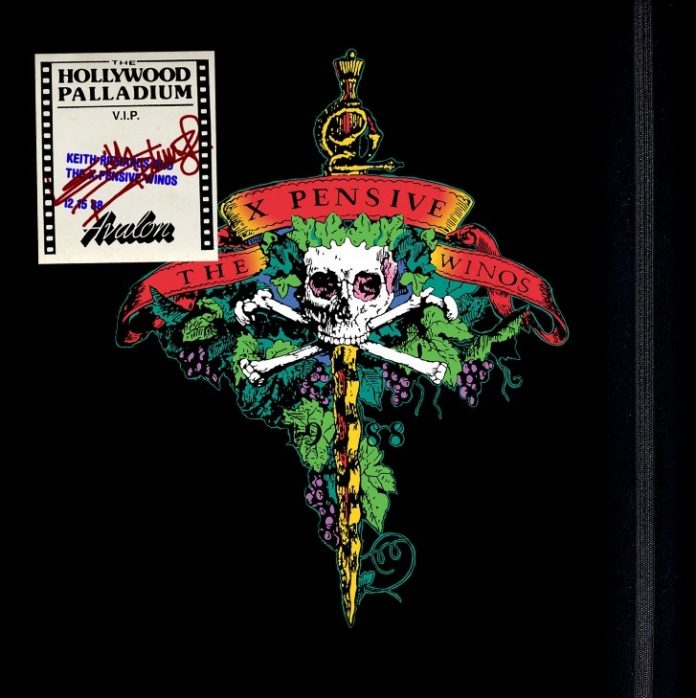 When first released in 1988, Keith Richards debut solo album, Talk is Cheap, was hailed by many critics as the best album the Rolling Stones had never made. It had all the groove and swagger many of the later period Stones albums had lacked, and it revealed to anyone who wasn’t aware that Keith Richards really was the heart and soul of the Stones and, on this album, he showed them what they were missing.

As Mick and Keith had spent a few years in the mid-1980’s sniping at each other in the press, particularly after Jagger refused to tour with the Stones after Dirty Work was released in 1986, preferring to release a solo album instead (which landed D.O.A) Keith Richards put together a bunch of his friends, they cut Talk is Cheap and, being a road warrior, Keith took it on the road for several relatively low-key gigs. The Hollywood Palladium gig was recorded and released originally in 1991 but is now being reissued in multiple formats, some formats with a few bonus tracks and, if you buy the box set, it comes with a DVD of the gig.

No one will ever vote Keith into the pantheon of top guitar players but, if there’s one thing he can do which few others can’t, it’s create a ‘feel,’ a groove with his guitar using only a few notes, which creates a mood for the set. When he opens with a riff, his playing is easily recognisable and he demonstrates this on set openers, ‘Take It So Hard’ and ‘How I Wish,’  setting the tone for what’s to follow. Keith once said, “give me the right guys and, in three months, I’ll have them sounding like we’ve been together five years” – and this album is living proof. The winos are ‘the tightest, loosest band you’ve ever heard,’ and they play with all the aplomb of seasoned musos seeped in music.

The set largely follows the album, with ten of the eleven tracks being performed, (with only ‘It Means A Lot’ not performed) plus a couple of Stones tracks, available only on the box set; it’s a glorious melange of rock, soul and blues. ‘Could Have Stood You Up’ is as blatant a Chuck Berry rip-off as you’ll ever hear, but if anyone’s earned the right to do this, it’s Keith. The slow reggae tinged blues ‘Too Rude,’ from Dirty Work, with the able assistance of Sarah Dash, is a stand-out track, as is ‘Make No Mistake,’ which could have been a Stones classic, with Keith attempting to sing in a soulful voice. Mid set they perform ‘Time Is On My Side,’ which seems to lose its way, but they then rock things up with ‘Struggle’ and ‘Whip it up,’ and slow things down with ‘Locked Away,’ a slow mournful blues which Jagger could have done something with. Keith plays sublime versions of Stones classics ‘Little T&A,’ ‘Happy’ and ‘I Wanna Be Your Man,’ available only on the box set, and concludes a great set with ‘You Don’t Move Me,’ written as a put-down to Mick Jagger’s mid-1980’s mindset of ‘no wonder you’ve got no friends, you drove them all ‘round the bend‘ an eloquent brush-off indeed.

This is the album The Stones should have made, and listening to it reminds you of Keith’s immense contribution to their music down the years, and what they could have been doing in the eighties when Jagger was preferring to hang out with Andy Warhol instead of making music. Keith’s love of the music has never wavered and this set is all the proof you need.