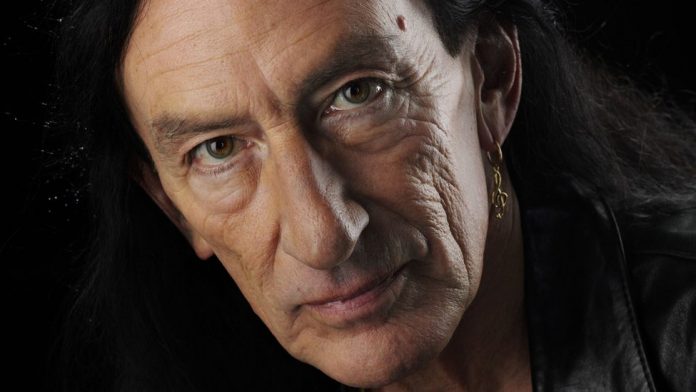 In Uriah Heep’s world, 2020 was a dire year .. forced off the road by a pandemic, sadly losing Lee Kerslake (ex-drummer) to a long battle with cancer, and one of their founding members and guiding spirits, Ken Hensley, passed away in November. Hensley was wholly or partly responsible for many of the classic rock tunes the Heep still perform today, such as ‘July Morning,’ ‘Easy Livin’ and ‘Look at Yourself,’ as well as most of the tracks on their classic 1972 album, Demon’s and Wizards. In short, he left his mark on Uriah Heep, and on the evolution of heavy rock, and along with Jon Lord, helped write the rulebook for rock keyboards. Which is why it’s a pity there wasn’t more of his trademark Hammond organ sound on this album; only on ‘My Darkest Hour’ does his Hammond get heard prominently.

He’d finished recording this, his swansong album, shortly before he died, an album which arose out of a chance meeting with an uber-fan in a Spanish airport, who offered Hensley a series of poems and lyrics he’d written. Hensley liked what he read, put them to music, and My Book of Answers is the outcome. But, if you’re expecting the Ken Hensley who rocked out with the Heep, you could be disappointed. This album doesn’t rock with the ferocity of some of his past work, but for a man of a certain age ..okay, he was 75 .. he still retained his chops and still had the knack of writing catchy rock tunes, even if on this album, they’re all mostly played at a slower pace with hardly any rock-outs.

‘Lost’ is probably the hardest rocker, about a man lost out here in Neverland, and the up-tempo ‘Right Here, Right Now’ has the echo of Europe’s ‘Final Countdown’ about it. There’s the judicious use of strings backing in ‘Suddenly’ and the acoustic ‘My Darkest Hour’. While there’s little doubt about Hensley’s prowess as a multi-instrumentalist and the quality of the songs, this would have been a better album with a stronger vocalist… David Byron would have made ‘Cold Sacrifice’ and ‘My Darkest Hour’ so much more powerful, and power ballads like ‘Cover Girl’ and ‘Light the Fire in my Heart’ showed Hensley didn’t have the emotional range for them.

Thus, while My Book of Answers is a fair enough album, and it may not be the best album Hensley’s ever been involved with, there’s no doubt Hensley will deservedly be remembered for better albums than this, and rightly so as well. His place in the rock pantheon is assured, no matter what.

RIP Ken Hensley and thanks for all the music.