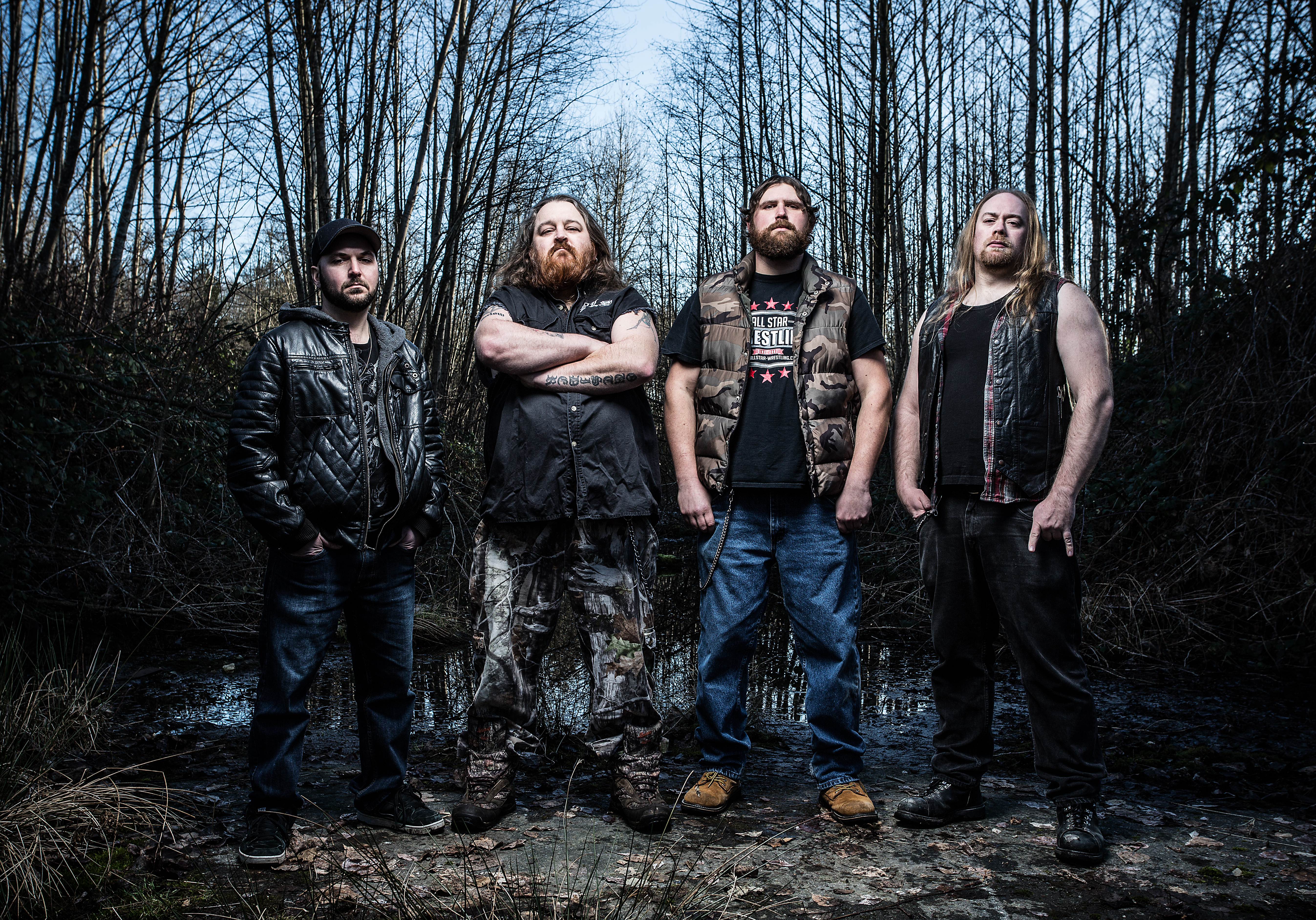 If you’re in the mood for some dive bar, dirty yet intelligent, Southern-tinged, groove metal then League of Corruption from British Columbia have you covered with their new release Something In The Water.

This is very much a no-nonsense album that deals with real-life and offers unapologetic social commentary, few subjects are unscathed from society’s reliance on technology on second track ‘Not Your Friend’ or metal’s oldest whipping boy, religion, as is the case on ‘Where, Is Your Saviour Now?’ which borrows a little something from Sabbath’s classic ‘War Pigs’, that you’ll be sure to pick up on. A nice little tribute that doesn’t feel out of place and blends perfectly into the song’s close. The song, as the title, suggests deals with both an over-reliance on a diety to provide and explain away all of life’s ills as well as a certain arrogance that can sometimes come with faith.

Subjects of resilience are also present, on ‘Save The Church’ the track relates to the image of St Paul’s Cathedral being a sign of British resolve, especially during WW2 where the famous building stood proud amongst destruction and was adopted as a symbol. This alone proves that this is not your typical dive bar rock.

Even though it weighs in at only six tracks there is enough on Something In The Water to keep you entertained, for a short release it packs a hefty punch. Furious riffs, tasty licks are by the truckload here and the album is designed to be spun again and again in succession.

With an accessible vocal style and sound, it won’t be long before you are belting out the lyrics until your voice is as gravelly as vocalist and guitarist Chris Barlow’s. While it does focus on real-world topics Something In The Water is still an incredibly fun album and one that deserves a look, it’s out 12th June 2020 via Black Doomba Records.