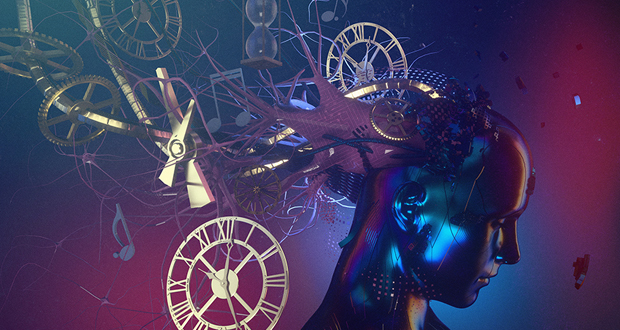 If the name ‘Lee McKinney’ rings a bell, it’s probably because you’re a BORN OF OSIRIS fan, however Lee has decided to step outside of the OSIRIS light by releasing a solo album, namely his upcoming Infinite Mind, available on March 2019 under Sumerian Records.

This purely instrumental album stages not only McKinney’s musical taste but his musical talent, for over these eight, three minute-or-so tracks are an eclectic range of styles, up to and including the use of saxophones! Each of the songs are between the three and four minute mark, making for a quite the consistent and easy listening experience with it’s mix of clean and metal guitars, keys and sax which provide a strong emotional tie between you and McKinney. You really feel that this is a singular person’s work, and personal work at that, with a generous roller-coaster mix of heavy and soft emotions.

Lee’s personal favourite song, ‘A Neverending Explosion’ of off the album can be heard here:

‘A Clock Without A Craftsman’ opens the album up with fast paced finger tapping all the way up to the forty-five second mark where we are greeted by a saxophone and much, much slower pace, gradually rebuilding the speed with metal chugging guitars in the background before settling down again. Right from the get-go you can imagine how the rest of the album is going to be from this opening track.

McKinney himself is quoted to say;

“‘A Neverending Explosion’ is a song that I feel really showcases a lot of what Infinite Mind is. This track has the ‘heaviest’ metal style vibe by far, but it also showcases the soft and emotional feelings that really make this record personal and special to me.

“There’s also a ton of clean guitar and saxophone on the record. There are heavy and aggressive moments as well. This specific track gives you a lot the elements of Infinite Mind wrapped into a 3 minute and 45 second package.”

Infinite Mind is definitely worth your while listening too, especially for those of you who like to think outside the box a little more. I wouldn’t hesitate recommending this album to the right people. The album is out March 29th with Sumerian Records.