Listener carve a niche for themselves that has rarely been attempted before. 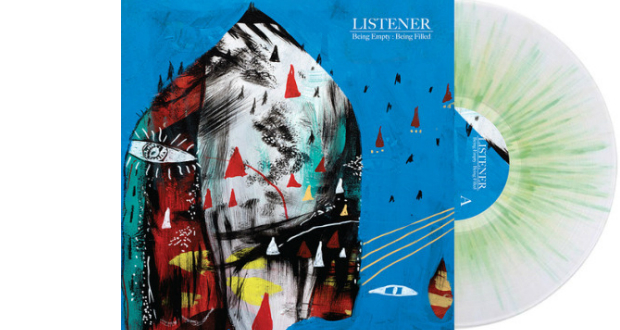 Listener, the moniker of Dan Smith that has since evolved into a full band, have used 8 albums over 15 years to carve a niche for themselves in a way that has rarely been attempted before. The combination of spoken word, hip-hop, indie and rock may, on paper, sound like an unusual and incompatible mix, yet through Listener they become something completely engrossing.

The latest album being empty: being filed is in much the same vein as previous releases. While musically the album ticks almost all the right boxes. Catchy, appealing yet not setting the world ablaze. With the shortest track clocking in at just over 4 minutes, that can seem like a long time for those who feel that things may get a little repetitive.

It is the lyrics and vocal styling of Dan Smith that is truly where Listener stand out. Thought provoking, absorbing and often inspirational. The seemingly chaotic delivery of tracks like ‘Add Blue’ and the brilliant ‘Shock and Value’ cause you to, in the beginning, fight to catch every word, every syllable, but not in a way that distracts you from the wider picture, such ins the nature of Smith’s writing, you want to hear and understand more.

While for those who are unfamiliar with Listener’s work, being empty: being filed may not be the best starting place. It is still undeniably Listener, but may be a bit too far removed from what made 2010’s Wooden Hearts and 2013’s Time Is a Machine so outstanding. There is certainly attempts at growth, to try something new, but whether it works this time round is a subject for debate.

Well worth a Listen(er), but I would recommend familiarising yourself with the older work first.