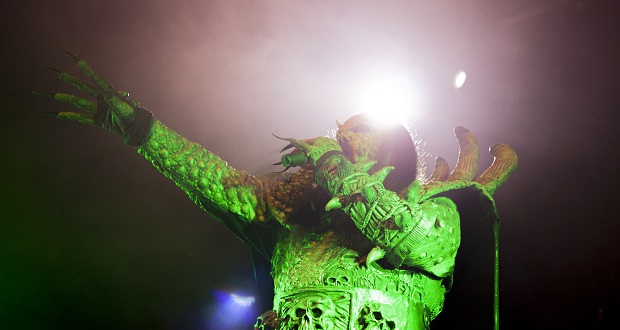 If you are fairly new to the world of Lordi, you would be forgiven for thinking their rise to fame is due to their bizarre appearance. Partly true, but the Finns are best known for the only metal band to win the Eurovision Song Contest in 2006 with ‘Hard Rock Hallelujah’ – proving you can’t beat a great song. The monster metallers have since gained further popularity through numerous festival appearances and tours which showcase their unique performances which rival KISS at the best of times. A decade after their Eurovision glory, are Lordi still worth a look in or are they a one-trick-pony? 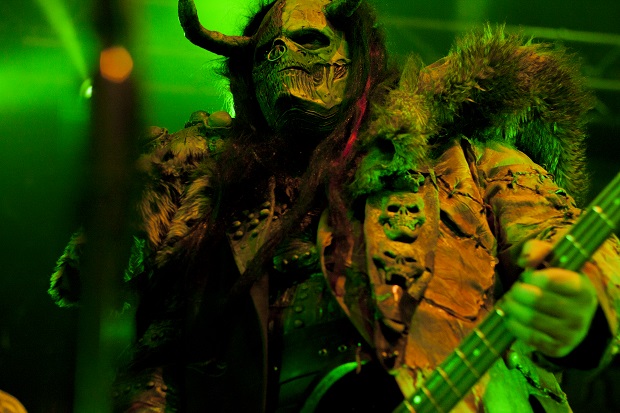 As the venue darkens the stage set including spooky trees, a tomb and castle bricks is lit only by UV lighting. Taking centre stage is none-other is arch nemesis of 80s cartoon series Masters Of The Universe: Skeletor. He introduces the ‘Monsters Of The Universe’ -Lordi (isn’t that the name of Wednesday  13’s last album?). Looking like they could also be action-figure super-villains, the five-piece blast out to ‘God Of Thunder‘ by KISS and straight in to Let’s Go Slaughter He-Man (I Wanna Be the Beast-Man in the Masters of the Universe) complete with aforementioned Skeletor piercing a severed He-Man head  on a spike. We know tonight is going to be gore-tastic. 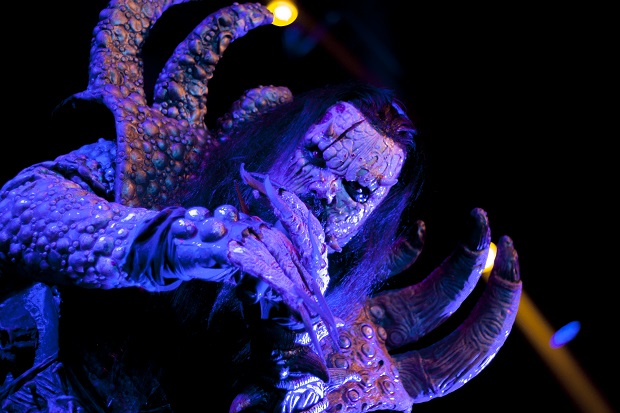 Nevertheless, there is quite a bit of chit-chat between songs, mainly from Mr Lordi explaining each song. I know those costumes are hard to maintain but this early in the set seems pretty jarring. Amidst the great tracks like ‘Hellbender Turbulance’ and ‘Bite It Like A Bulldog’ are skits featuring cannibalistic puppets and roadies being killed off  by members of the band as well as solos from each monster man, and woman, on stage. This is a great part of the show but like the ‘banter’ it feels kind of like a loading screen on a really addictive video game. 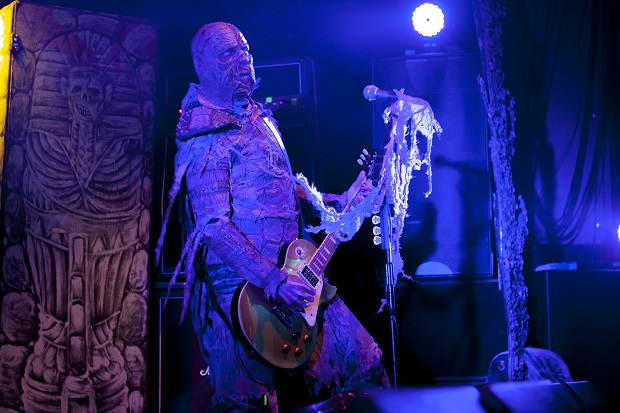 Later in the main section of the set we get to ‘Down With The Devil’and it feels like the old school Lordi we have come to see, theatrics in full-swing, not many gaps between tracks and good old fashioned metal. We are reminded there is a glimpse of this beast in their newer tracks like ‘Hug You Hardcore’. The Finnish five-piece get back to the classics ‘Devil Is A Loser’ and ‘Hard Rock Hallelujah’ – you would understand if that was the end of the show but the masked monsters have a few more tracks left in them. A sign of hard work and great showmanship. 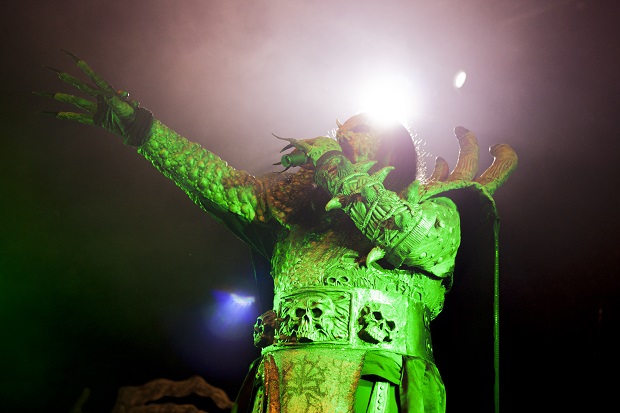 In all, this was a great concert slightly hindered by jarring gaps between songs and slight lack of what Lordi are famous for. Mr Lordi fin(n)ished the show by firing a gun full of confetti – which everyone expected to be filled with blood and guts.  Obviously its not easy to manoeuvre in those bulky demonic costumes but it still felt a bit tedious. Perhaps Lordi could do more at a festival or bigger venue but this was a great academy-sized gig nonetheless. 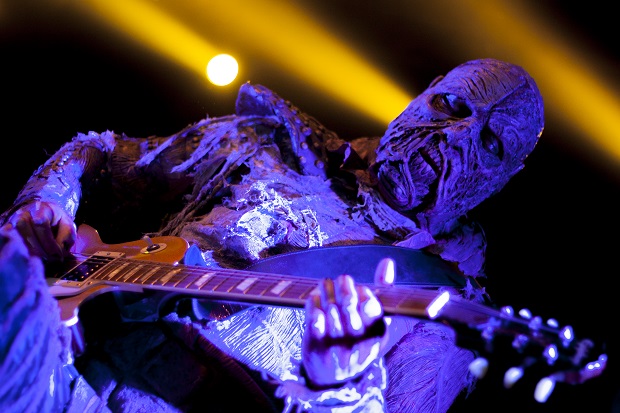 All photos by Brian James Nicholson