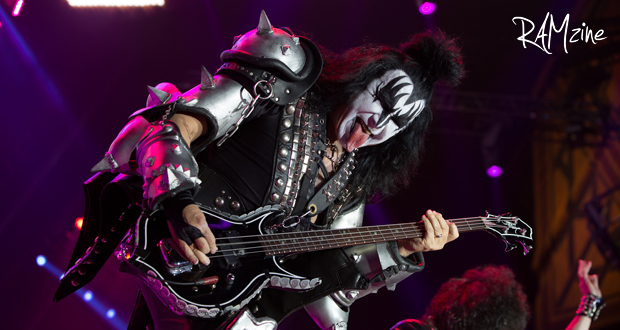 They say you never forget your first Kiss concert. For many in attendance tonight, it’s easy to see why they would never forget for a variety of reasons. I personally got chatting to a couple of people in the queues. A father and son both excited. One a veteran having seen Kiss multiple times in many countries. His son was excited for his first show. The only disappointment is that his brother was at home watching football instead of coming out to the concert. Regardless, this brings me to reason number one. I am almost certain that the two people I was chatting to will never forget just how long the queue was to pick up their tickets at the box office and just how long it took them to get to the front! I was surprised that as I was losing my patience, these two were all smiles the whole time!

Of course, the lengthy lines were not unexpected. In a week that saw one of the biggest terrorist attacks take place in Manchester during a live music event, the O2 arena took no chances and turned the doorways of the o2 arena into a fully operational airport security centre! Metal detectors and bag x-ray machines were all in place and searches were thorough. If I’m honest, based on the events in Manchester, there wasn’t a complaint heard.

Once inside of the Arena, a sea of Kiss t-shirts lined every bar and restaurant. The beers were flowing and evening meals in the forms of Five Guys burgers and fries were consumed before the antics of Kiss kicked off. 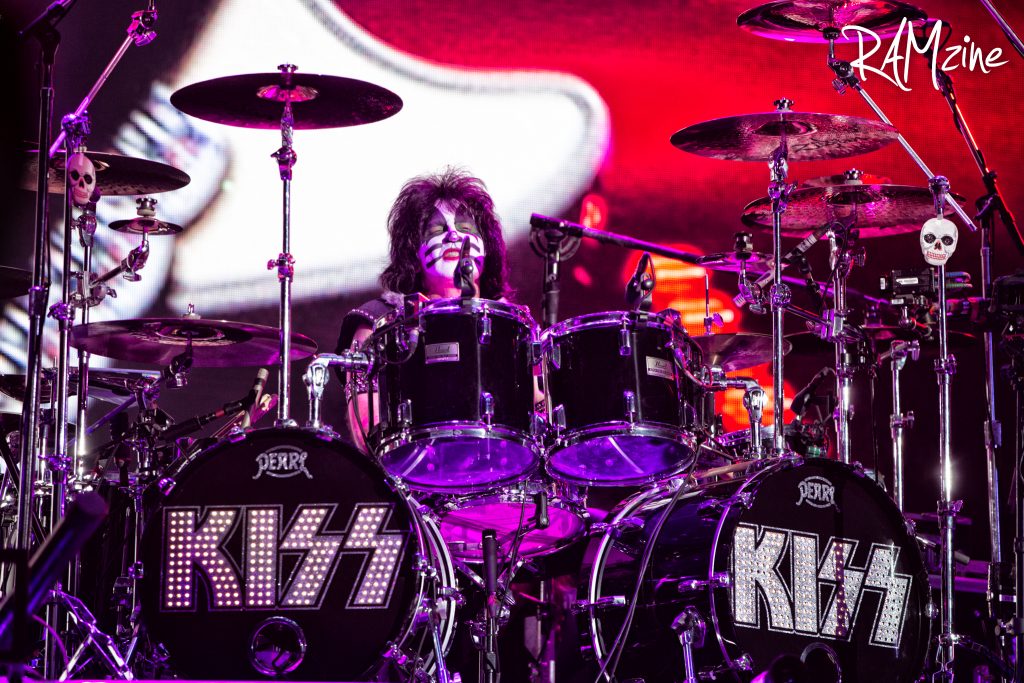 If I were to ask you to take a moment and just imagine what a Kiss concert would be like, you’d probably be right on the money. It all kicks off with a massive bang as the Kiss curtain drops and the band fall from the skies like the gods they are considered. This is it! The boy in the ticket line is officially in the Kiss club. Dads are reminded of their childhood and others are reliving the very music that got them into rock and roll in the first place. Opening track ‘Duece’ makes for the perfect introduction to a very wild night. Ladies and gentlemen, boys and girls, The Kissworld 2017 tour is finally here! 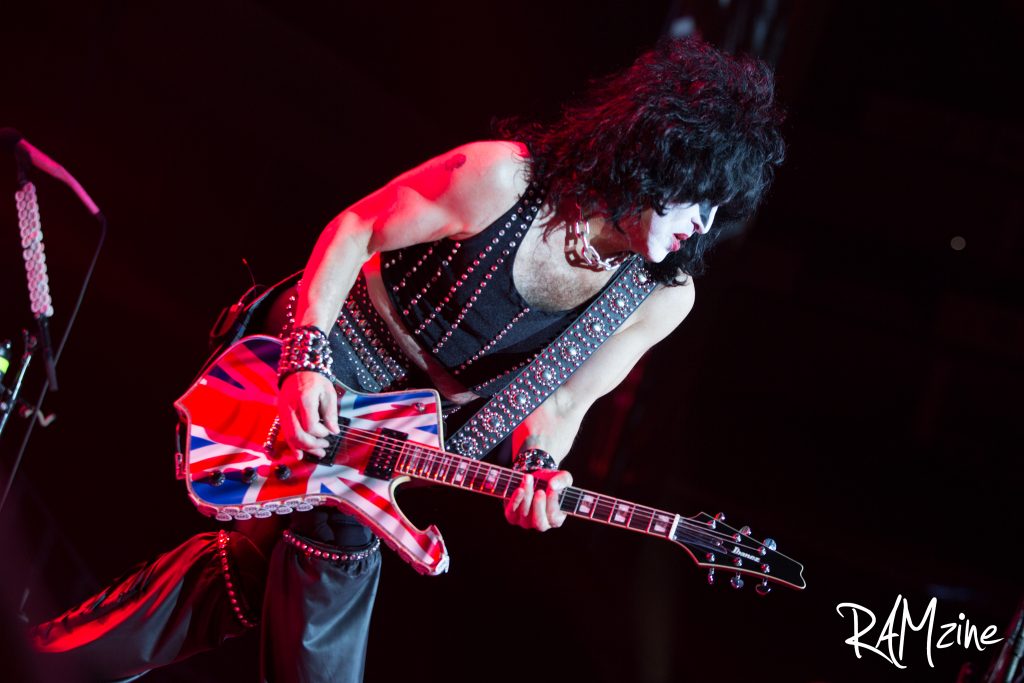 ‘Shout It Out Loud’ gives every fan in the arena a reason to…well…shout! And that’s exactly what they do. After the explosive entrance Gene & co make, how could they possibly keep the momentum going you ask? Easy! ‘Firehouse’ gives Gene an easy reason to play with fire by breathing it into the air bringing some fun theatric to the stage to go with the sizzling rock and roll. It’s not the only time we see things exit the guy’s mouth throughout the set either as we see blood dripping from his mouth as he lays down a tasty bass solo that shakes the O2 arena to its core. 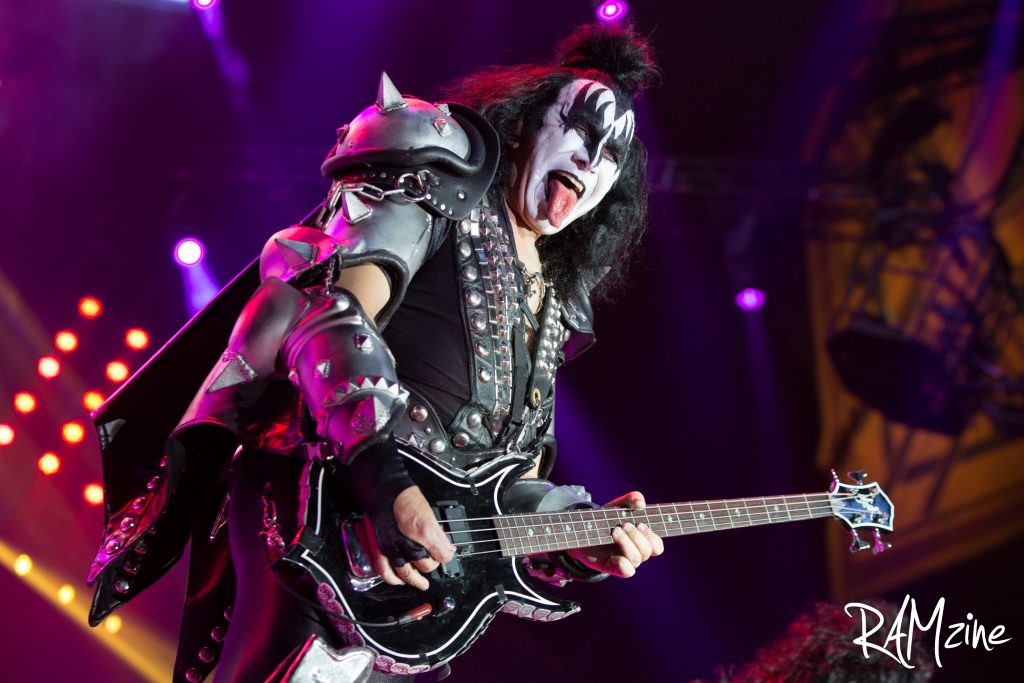 Paul Stanley also has his moment as do the fans at the back of the area as he flies through the air onto a platform near the sound desk giving fans a close-up as he lays down his guitar parts for ‘Psycho Circus’.

Needless to say, the arena was electric on this night. Through the huge sing-a-long moments in ‘Rock And Roll All Night’ to the exciting fire, explosions and stunts performed. It’s sad to know that this one influential band that has done it all might have played their last ever London show. Only time will tell but one thing is for sure. If this is the last we see of Kiss live, they absolutely went out with a bang!