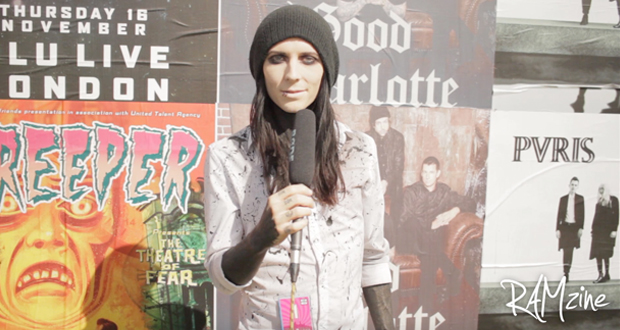 We caught up with Ricky from Motionless In White to discuss their main stage debut at Download! Having supported Manson on the second stage back in 2015, this year saw Motionless in White supporting System of a Down on the legendary Lemmy Stage at Download. We also discussed new album Graveyard Shift, the evolution of their sound, along with what it was like to work with Korn frontman Jonathan Davis on their track ‘Necessary Evil’ which sees him providing guest vocals.

Having a dark image and using lots of black grease paints for stage image, we simply had to ask Ricky about how he copes with his laundry! We also discovered that his hobbies include Photography in his down time.