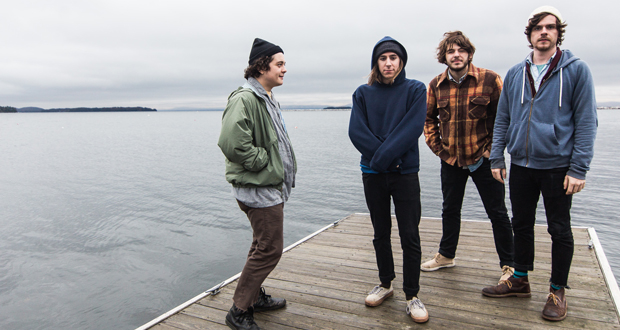 It was the first day of Reading Festival and  as the NME tent began to fill, the excitement was really building for American alt rockers, The Districts.

These young guns have been creating a reputation for their awesome live shows having played Glastonbury earlier this summer! Their performance at Reading Festival lived up to this and certainly did not disappoint.

The Districts unearth a rocked-up Americana sound, and the set-list is packed full of fuzzy riffs, heavy bass lines and grungy distressed vocals. The energy is on point, between hair whipping and sweat, the audience get handful of vocalist Rob Grote as he gets into the festival spirit launches himself into the crowd.

The Districts are currently on a mammoth tour in the states, we hope to see them back in the UK some time next year.

Read more of our Reading Festival 2015 Highlights in issue 5 of RAMzine:

Victoria Bundy
Hey I’m Victoria- a Fine Art graduate with big love for live music, photography and all things creative. You’ll mostly find me running around somewhere in front of the stage with a camera in hand.