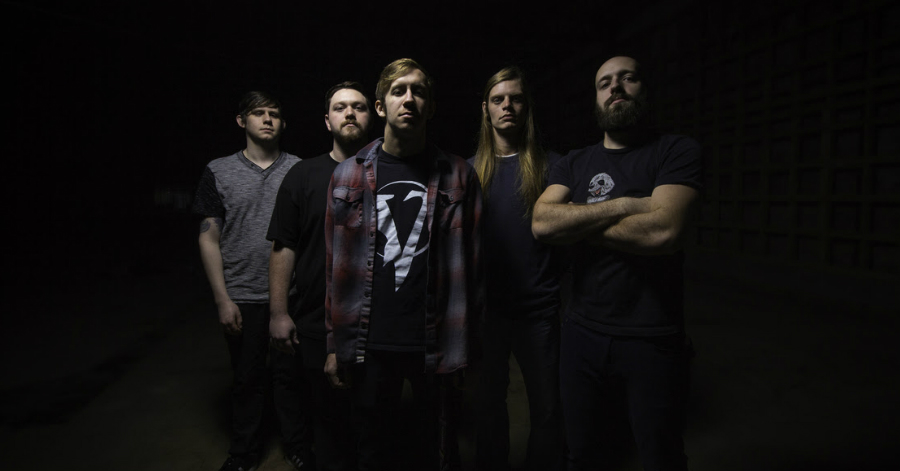 The Augusta, Georgia, four piece LUMEN‘s (not to be confused with the Russian band of the same name) latest release Sharing An Eye really states its intentions from the opening moments of ‘Moon Reader’. Such a display of exemplary brutality cannot fail to go unnoticed, and while it is one thing to start that way, LUMEN use it as a benchmark, ensuring the tone is set early on and that there are no illusions as to what you are in for.

Track two, ‘The Sound’ ramps up the pace ever so slightly, but in such a way that indicates ‘Moon Reader’ may have just been a warm up for what lays ahead. Its punchy and aggressive delivery countering with moments of melody and depth allow for the slight moments of pause and reflection before picking things back up at full speed.

Track 3 ‘1000 Birds’ signals the first true break in immersion. The tone from the outset feels a little off, maybe stale even, and with the inclusion of a somewhat unimaginative solo, this track feels out of place with everything that has gone before, and serves as a signal of the downfall to come.

Track 4 ‘Kirin’ does nothing to pick up the lost momentum from ‘1000 Birds’, instead apparently attempting to move things in a completely different direction, but rather than a natural flow it feels more like a violent push, and this ferocious jarring resonates across this track and the next, track 5 ‘Kaleidoscope’, in such a way that feels the band have overexerted early on, and are now running out of steam, and what enjoyment had been gained at the start has rapidly decreased into confusion and frustration.

The most disappointing element of this release is undoubtedly track six ‘Life Disease’. It is another infuriating example of bands thinking the penulitmate slot is an ideal place to crowbar in a slow burning, more melodic track, without the slightest thought to how it might undo all the hard work that has gone into working up such a strong beginning. As I’ve said a number of times in the past, it is a trait that very rarely works/ This is no different.

It is not just that the album displays this trend, it’s that it displays it so poorly. ‘Life Disease’ is just not a very good song. It lacks any real depth, it feels continually monotonous, never striving above the mundaine. The flat vocal note hit at the 1:07 mark certainly doesn’t help, as once heard what little attention this track can hold on to is dedicated to listening out for another.

As a result closing track ‘Indra’s Arrow’ was just white noise. Even after repeated playing. All the early momentum of the first two tracks completely undone across the following 5, and as such it is impossible to listen to again and not be disappointed.